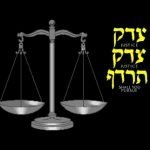 As I was following along this past Friday afternoon with our first glimpse of Shoftim, I noticed an interesting parallel in current events news.

Sakineh Mohammadi Ashtiani, the 43-year-old Iranian woman who received 99 lashes in mid-2006 for alleged indecent behavior, received the death sentence in September 2006 for some seemingly related adultery charges. The case has recently made it to the headlines because of an international outcry and growing political pressure placed on Iran to reverse the death sentence. According to judicial authorities in Iran, the death sentence remains firm, although the initially planned method of execution (death-by-stoning) has been commuted to merely death-by-hanging.

I speculate that the exceedingly vast majority of the civilized world, if asked their opinion about such a story, would respond with an exophthalmic glance, a mildly backwards head-bob and a slight forcefulness of air rushing through their nostrils – following by a smirk and a statement like, “Yeah, that’s totally absurd.” They might even say something like, “these Muslims are crazy.”

But are they? Doesn’t Judaism proscribe adultery (Lev. 20:10) under penalty of death? And we also execute males engaging in homosexuality (Lev. 20:13) and anyone engaging in bestiality (Lev. 20:15-16), not to mention many other religious crimes. In this week’s parsha, we condemn those who worship foreign gods to death by stoning (Deut. 17:3-5). Granted, try as it may, the Jewish court will hold nothing back in its attempt to exonerate the accused, demanding valid witnesses, warnings, etc. We know that courts rarely, if ever, carried out executions (Makkos 1:10). But the framework is there – it just so happens that Judaism provides for justice to be on the side of the accused, instead of Islam, which may or may not seek to provide justice for the accuser. And the fact that we no longer do these things (because there is no Sanhedrin) is only conveniently making us appear civilized to the gentile nations. If we were in power and ran things with our Torah version of Shariah law, public outcry would be against us.

But would we kneel to outside pressure? No. We would say that our actions are no cruel, they are not uncivilized. Rather, we’d claim that they are the mandate of heaven. So the question begs, why do we look at the case of Ms. Ashtiani with such derision when it’s really no different from Judaism? We have our laws and they have their laws.

So we see that there is a difference. Those who observe Torah-centered Judaism make the claim that Judaism is a religion – the only religion – inspired by God. Islam is a mere fabrication, a collection of lies. The real reason why the adherent Jew must ridicule the abundant absurdity of Islam and its rigidity is because it is contrived, not merely because it seems outlandish. If it were not for divine inspiration, Judaism would be just as harebrained.