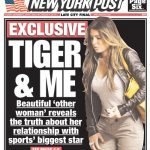 My friend got divorced about a year ago. Like many others I know who have gotten married due to communal pressure, the marriage was short and bad, with no baggage coming from it – until now. You see, my friend recently fell in love with a girl from the neighborhood. They had been friendly for a while and they started dating seriously until several girls from the neighborhood walked up to this girl and told her that my friend had flirted with them while he was still married to his ex-wife. He explains his feeling as if someone went up to him punched him in the stomach and walked away without revealing the cause or who they were. In short, he is experiencing the damaging effects of loshon horah.

He doesn’t know who these girls are and he is positive that he never had any thoughts of cheating during the marriage (he would have told me if he did and I would have written about it), but he is not certain if something he said to someone may have been taken the wrong way.

He asked me, “what if I told a girl she looked nice” and “what if I said we should have coffee sometime?” My response was one of screaming a bunch of expletives in the phone followed by explaining the mentality of the frum singles community in which compliments are viewed as solely sexual and going to get coffee is considered dating. I told him that one of the biggest issues in the frum community, especially the right wing modern singles community is that they begin to think of everything in two ways – telling a girl she looks good is a nice thing to say, but only people who are flirting can say it and so on. It’s madness, I tell you.

The girl he was dating broke it off and my friend doesn’t have the best self esteem. When a girl breaks up with me I mope for a few minutes and go hiking. He sits in his wall street cubicle and mopes for months on end like many people who have screwy brains prone to depression.

The girl can do whatever she pleases, but if she were as into him as he was into her, shouldn’t she have at least done a little research to validate these claims? She should have found out these “random” girls’ relationship with my friend’s ex-wife. If they are BFFs it sounds like a study on the healthful effects of nicotine done by the Marlboro.

Friends feel that they need to approach their friends during a relationship to let them know of their feelings, but for two random strangers to sabotage a perfectly good relationship seems wrong to me and I would love to have a moment alone with these girls so I can do a little ranting.

If I knew their names, I would have published them here so you could approach them and ask them. Alas, all I know is that this is what happens when you have a place like The Heights where everyone knows everyone’s business. Unlike the Upper West Side, everyone goes to one shul.