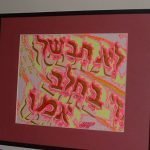 I have been thinking for a long time that I should do a Devar Torah. I thought,  I could describe the parsha of the week in my own skeptical and sarcastic style, forcing me to learn the parsha every week and it would be funny enough for you to read – because let’s face it – most devar torah’s kind of suck. They are so serious and they teach awkward lessons in similar vein that Family Matters or Charles in Charge used to do. I don’t aim to teach any lessons, just give my take on the Torah portion.

This week’s parsha is Re’eh, if you want to look like you are not a complete am ha’aretz when opening the chumash (if it’s a stone you are screwed either way) grab a mikros gedolos and pretend to read the commentary on the side to look cool – turn all the way near the end of the book because we are almost through with the Torah – when we finish – we get drunk, tell lashon hara about modern orthodox shuls where women supposedly dance with the torah and tell the world how poor singers Jewish men are.

I found it ironic that most of the parsha is about not worshiping other God’s, while the torah keeps saying “Hashem your God” implying that there are in fact other God’s, are there? If the majority of a city is caught worshiping idols, we are supposed to kill everyone and destroy all the property, I guess we are lucky that a majority of a America does not watch American Idol, eh?

So to sum it up – don’t worship idols (actually don’t get warned by two witnesses and then get caught again, do it in the bathroom or something) Don’t take the Ipods of idol worshipers you kill with your sword. Don’t influence others to worship idols and hearken to the Lord. Oh and don’t cook a kid in its mothers milk, unless its mother is obese and the kid is less than 1/60th of the milk.

11 comments for “My weak attempt at a devar torah”