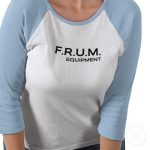 I have always wondered about the effects my writing and videos have had on people. Am I going to get up to the big guy/girl in the sky and have this huge scale of demerits for all of the people I gave a negative view or orthodox Judaism to, or are there going to be a bunch of white bearded fellows who after decided to become frum after spending some time on this site? Both options are entirely possibly, though if I truly believed the first one, I probably wouldn’t be doing what I do – although I have trouble not throwing the whole gan eden thing out the window as a conspiracy for Jews to give their money away to rabbis who want to study rather than work, but that’s for another time.

Someone recently told me that they attribute  me for them becoming frum, not mentioning names but you know who you are and I shepped mad nachas from that, even though I make fun of the brainwashing tactics of kiruv organizations I find this great pride in the fact that someone did teshuvah and became orthodox because they got onto my blog – craziness.

I once got this email from someone who couldn’t deal with the fact she couldn’t hug her male friends anymore and didn’t realize that people who were orthodox struggled with that same concept until reading this here blog and then there was some woman who told me I made her divorce a little happier because she liked what I wrote – strange I know.

Then most recently there was that guy who is seriously getting into Judaism and orthodoxy because he found this blog – strange – I figured it would make non-Jews look at us like we’re are insane and that’s the truth – we are insane, no more than any other fundamentalists or religious fanatics, but still our restrictions blow.

So I wonder if anyone actually became frum, stayed frum or went off the derech because of my site or anything else interesting.

49 comments for “I became frum because from reading your blog”