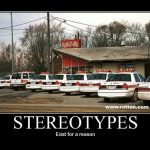 Frumster has a pretty good list of labels to stereotype the people on their site, so I decided to throw in my own two cents and give you folks the real definition. Sure it’s negative, cynical, but it’s fun and true, so why not?

Modern Orthodox Liberal
These tend to be individuals who are Shabbat and Kosher observant, but have a more “relaxed” or “open” approach to Halacha, sometimes accepting leniencies that are not accepted by those who espouse strict adherence to the dictates of the Halacha. Such individuals may, or may not be involved in regular and consistent Torah learning or prayer, although the general tendency is to be more “relaxed” in these areas as well. A commonality amongst this group is that they are open to secular activities such as bars, clubs, and movies.

The real definition: These people tend to stay single later, get better jobs and care less about practicing orthodoxy and more about fitting into a certian type of community and are willing to call themselves orthodox even if they aren’t. The women tend to wear pants, tank tops and clothing considered immodest by all halachic authorities. The men tend to wear baseball caps instead of yarmulkes if they cover their heads at all, rarely wear tzitzit and sometimes shave with a razor. Even though many of them live in Manhattan, they find it a drag to keep kosher and so they eat dairy out, on vacation many of the basic halachos of shabbos can be broken because it’s vacation, swimming, showers and carrying all go without much care. Many of these people tend to support bigger roles for women in Judaism, even though many of the women themselves aren’t strict with the laws they are commanded to keep. These people tend to practice their brand of new school orthodoxy from a social rather than a strict perspective. Almost everyone in this category grew up in middle to upper middle class homes in white suburban areas, they attended pricey zionistic camps, went on family vacations and almost all of them became more religious after graduating their picture perfect coed “yeshiva” high schools.

Modern Orthodox Machmir
These tend to be individuals who strive to maintain a lifestyle according to the rules and guidelines of Halacha (Jewish law); often this is reflected in greater involvement in daily Torah learning and prayer. However, they are modern in the sense that they are not “Yeshivish” (see the next category) and readily engage in the secular world while leading an Orthodox observant life.

The real definition: These people tend to belong to a NCSY, Yeshiva University, Stern College sort of adulthood. They try to speak with more religious accents, love kumzitses where the women sing along (only in unison of course) and get boring  jobs as accountants, lawyers and marketing people. Rarely do these people do anything extreme, except for the 3 weeks after their year to Israel trip when they were so “shtark”. The girls are the types that brag about shomer negiah until they are in a relationship where their idesa of keeping the laws of yichud is to make out in the living room with the front door to their Bennet Avenue apartment left open. These people want to live the yeshivish life, or at least they think so, but don’t agree with their lifestyle so they don’t live it. Women like to give divrei torah at the table, come to shul on Friday night and everyone has no problem with them singing in public – as long as it’s in unison.

Yeshivish Modern
These tend to be individuals who identify more strongly with the Yeshivish-black-hat community, but feel that working in society is an essential part of their Judaism. Such individuals strive to embrace a structured Torah lifestyle with a professional secular career. Identification with a “Yeshivish” outlook can reflect itself in dress, which Rabbi one follows, and the Torah institutions that one attends or supports.

The real definition: This category was made up by modern orthodox people who like to fantasize that a yeshivish person would ever call themselves modern. Modern orthodoxy is evil according to the yeshivish world and many people may call others a bit “modernishe” they themselves look at it as a negative connotation. These people tend to allow their 13 year old daughters to stay at the table when buchrim come for a meal, their kids grew up watching pg rated movies and were allowed to wear shorts during the summer. Some of these families even have TV’s, yet all of the kids get black hats at their bar mitzvahs, the father of the house wears his hat to shul, while the kids wear their hats until the age of 16 or so. The girls in this category may go to a school other than Touro or Queens college, but rarely would it be away. Many of the girls in this category consider themselves to be open minded due to a summer spent as a pioneers counselor at Sternberg or the one time they went snowboarding and wore pants under their denim skirt. There are also modern orthodox black hat people that may be thrown into this category, because when it comes down to it, everything in shidduchim is about dress code.

Yeshivish Black Hat
With these individuals, Torah learning, prayer, and careful adherence to fulfillment of Mitzvos are core elements to a life of intensive religious commitment and spiritual growth. Strict and unbending loyalty to Halacha is seen as normative. Generally, an avoidance of the secular world is encouraged, and barriers are seen as critical to protecting against secular influences.

The real definition: According to the frum community these people are closed minded, since whenever they refer to someone as open minded, it’s because they are modern orthodox. These people tend to support the yeshiva lifestyle which means finding a wife from a wealthy family who can support the son in-law in kollel, until he decides to go into business (selling insurance, working at B & H or going into family business) or become a very low payed rebbe of grade school kids in Lakewood. If you are online dating and in this category, there is something wrong with you, you are either an alter bachur (over 24, unless chofetz chaim guy) or an older girl over the spinster age of 22. If you are younger than that, you are a little rebellious and not really yeshivish black hat. The girls all just want a normal guy with good midos and the guys want the same, just add the cash.

Hassidish
Such individuals embrace a Hasidic philosophy, which includes a commitment to the emotional/spiritual element of Torah observance. This can be reflected in an orientation in which additional emphasis is placed on prayer and fulfillment of Mitzvos with religious fervor and passion. Usually, there is a distinctive mode of Chassidic dress, which can vary according to the particular affiliation (e.g. Breslov, Ger, Lubavitch (Chabad), Satmar etc). Often, an individual follows and professes allegiance to a particular spiritual guide (Rebbe).

The real definition: These people tend to support a lifestyle akin to 17th century Poland, minus the lack of luxuries. On the frumster, 99% of the people in this category are chabad, since every other chassidish person looking for love on the internet is usually browsing craigslist, shaindy or one of the other sites where they can find an NSA shidduch. If you happen to be Satmar and are on Frumster, you must be a baal teshuva, ex-chossid or old.

Carlebachian
These are individuals who are Shabbat and Kosher observant and tend to embrace a more spiritual, and relaxed observant lifestyle. This observant outlook emanates from followers of the late Rabbi Shlomo Carlbach who was an inspiration to many unaffiliated Jews in the 60’s and 70’s and who were drawn towards greater observance by a Rabbi who embraced a message of Torah, love of the Jewish people, and Israel, expressed through his own musicality.

The real definition: A bunch of hippies that think singing and dancing around the bimah once a week after lecha dodi is what God had in mind when he gave the torah. These people are all so spiritual man, but that may be because they are always high. These people can also be called Chabrakook – Chabad/Bresslov/Kook.

Shomer Mitzvot
This category was created out of a demand for a no-name brand “Orthodox” category. Individuals who choose this category generally do not believe in labels or categorization.

The real definition: These people tend to be anti-conformist with a superiority complex. They think they are past the labels and above the rest of the world by proclaiming such lame phrases as “labels are for clothing” and “post denominational” or the one I invented “Avant-garde orthodoxy” I put myself in this category by the way.