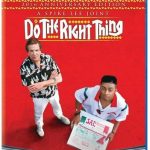 In yeshiva I found a wallet while riding my bike once, after telling someone, I forget who, possibly a beis medrish guy – he told me some shocking news. He told me that there was a whole gemara about not returning things to non-Jews and not giving them gifts, I was shocked and super happy at the time, years later I regret the whole incident, but my Rosh Yeshiva confirmed the news, he said that the guy could get a new license and the chances of him knowing what a Jew was were slim and that meant that no Kiddush hashem could be made so halachically I shouldn’t return it. You cannot imagine the joy of being told as a 15 year old who wondered about the silly stringencies in yeshiva dorm life that it was halachically demanded that I keep a lost wallet, I was overjoyed and told my father who confirmed the Rosh Yeshiva’s ruling and told me about the gemara, for a split second I thought maybe I would take an interest in gemara, I didn’t until my late 20’s, but I digress.

I was sitting at the table this past Friday night when an interesting conversation in a similar vein took place. The conversation revolved around doing things because they are the right thing to do, versus doing them for a Kiddush Hashem and that concept really struck me. It struck me how we are constantly being told to do things to make a Kiddush Hashem, not because they are the right thing to do and I personally think that’s a pretty crappy way to teach people the difference between right and wrong.

In someone is always paying attyention to making a Kiddush Hashem, basically showing someone that because they are openly Jews they are going to do the right thing, that seems to take away from the whole thing in the first place. If we said to our children “do this because it’s the right thing to do” rather than “do this because it’s a Kiddush Hashem” it seems to be a much better lesson. If we teach people to do something because it’s the right thing to do, they will always do it no matter if they can be identified as a Jew or not. I can imagine people doing things that shouldn’t be done because they are lacking the public statement of being Jews.

It sounds way nicer and more moral to say something like returning this lost wallet is the right thing to do rather than “I will get a Kiddush hashem for returning this lost object.”In this case I would have to take the herertical route and go against the Torah, because in my mind keeping the wallet is wrong, regardless of the gemaras teachings, although I don’t think it’s heretical to disagree with something that has some outdated philosophies. I am sure that back in the day, returning a lost object may have been excuse to start a pogrom or something, but these days it’s likely to spark a nice post on the local craigslist rants and raves section.

← How much is your penis worth?
Yeshiva Memories: The Girls →