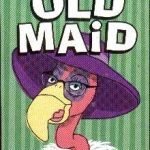 I have wondered if people would rather be without a partner or settle for one that is less than perfect (I know perfection is impossible, but settling for something just because you are at wits end is something entirely different) The frum community revolves around family and marriage and this puts older singles at a weird place. They can never fully be part of the community until they can bitch to their friends about the high cost and low quality of yeshiva tuition, tell their mikvah lady stories and debate whether or not to partake in the latest wife swap meet.

The frum community has always had older singles, but never before has it been popular to talk about it. I grew up with my single dad and all of his single friends, essentially I have seen the shidduch crisis for years, but back in the day I was young and I wondered how these strange men would ever find their mates. I still wonder how some friends of mine, including myself will ever find someone to marry, I wonder if my friends or I would ever settle for someone who wasn’t ideal, but we could see ourselves trying to eke out a life for ourselves.

I am sure that people settle, I know people who settled (most of them quickly realized their mistake and are divorced now) These people met a girl or a guy, liked them enough to marry, but knew in their hearts that it wasn’t supposed to be. These people were scared of letting someone whom they “could” grow close to go. They were scared of being in the shidduch crisis any longer and they feared that they would never be able to complain about the high cost of kosher meat to their friends at the kiddush club.

I met three fairly frum girls at the Homowack Hotel (it is a real hotel that no longer exists) who told me that they had made a pact to lose their virginities if they were still single by age 35, I wish I knew who they were, but I have long forgotten their names – I was a young lad at the time – I should have stayed in touch. I wonder if there are others who make similar pacts, like, the next decent guy that comes along I will marry.

Would you ever settle?

98 comments for “Do you want to get married enough to settle?”