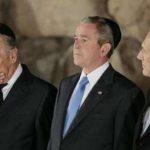 It’s official — wearing a black velvet makes you smarter and more likely to be fervent in your religious practices, says a new study done by the Chumra Research Institute. CRI’s latest study comes as such a shock to the orthodox Jewish community. Some lay leaders simply won’t believe it and are wondering if funding for the study came from interested parties like yeshivas or seforim stores that have a vested interest in proving once and for all that wearing a black velvet yarmulke actually means something.

It has been thought for many years that black velvet was simply a material that provided status for those who wanted to be accepted into more religious social circles. Even those who pushed for the adoption of the Charedi uniform standard never actually believed that science would prove black velvet yarmulkes to be much more than a symboll of 19th century eastern Europe as imagined by modern day zealots who think everyone in the Shtetl knew the entire Talmud by age 10 and no one ever left the religious fold.

Many believe that black velvet could connect them with the past, which is important because anyone closer to Sinai must know more than they do. Opponents of the study are pointing to the Charedi community’s lack of scientific research when it comes to studies like this one. They have accused the Chumra Research Institute of self interest, since it has been learned that every one of its members wears a black velvet skull cap to work.

Regardless to what critics may think, researchers at CRI studied the chemical makeup of black velvet and found that it sends endorphins to the brain when placed on the head. It also beams the chemicals stronger upon fast swaying, something done often while wearing black velvet. They also studied knitted and suede skull caps and came to the conclusion that they had no benefits, in fact, some researchers believe that knitted skull caps may harm your soul – but this is not based on well founded scientific research.

← I cooked my first Friday night dinner
When all is said and done, Tisha B’Av just isn’t funny →