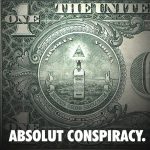 I tried to believe it, but I always knew something was fishy and when my Rebbe finally admitted to me today, just after second seder, right before we were to rally for Shalom Rubashkin in Lakewood Ir Hakodesh that the achdus we had been seeing wasn’t about achdus at all — it was merely about money.

I should have been shocked but I wasn’t. I knew that many of Lakewood’s residents wouldn’t come out in public support of someone open about their heretical beliefs. I knew there had to something more, something that explained the seemingly unexplainable. Some bachurim and I began to put the pieces together just as we finished our first milchig meal of the nine days.

It made perfect sense. I remember that when the Rubashkin story broke, people were scrambling to buy meat — no one could care less about Rubashkin. Frum Jews can’t live without meat — just look around at the amount of people paying others to make siyumim for them so they can eat meat during the nine days — is it that bad? Can we not forgo the pleasures of eating meat for nine days, minus 2 for Shabbos?

I wonder how the Lubavitch community feels now that they will realize everyone has betrayed them. I wonder if they knew all along that no one really cared about the Rubashkin family, they merely cared about the skyrocketing price of kosher meat due to the shuttering of the largest kosher meat processing plant in the US. Do they realize that people on the frum news sites would jump for joy whenever a false rumor of someone taking over Agriprocessors would surface?

I just hope that some people actually did care about the person and not the money. I definitely did, even though I asked my rebbe multiple times whether or not it was ok to daven for someone whose beliefs are a machlokes of whether or not they are a kofer.

← How do kids learn about “adult” stories in the Torah?
Yo Momma’s such an apikores →