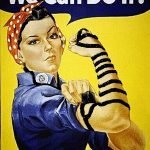 Looking for an open door by Shira Salamone


A few days ago, I took some flack for the following comment of mine to Heshy’s “I don’t understand feminists”

110 comments, and not one of them mentioned the obvious:

I wear a tallit and tefillin because the Torah says so, and I see absolutely no *good* reason why a woman without children or whose children are grown shouldn’t be as obligated to fulfil the time-bound mitzvot as a man is.

nobody said it becasue it ahs got to be the dumbest comment in the history of dumb comments.
What do you on yoiur hand and between your eyes? are they literally on your hand and between your eyes? what color are they? waht shape? what verses are writtin within? None of these answers are found in the torah, but rather you rely on chazal’s drashas (and halacha lemoshe misinai) to tell you. Well guess what chazal tell us about women and time-bound mitzvos?

John, I will grant you that I’m inconsistent in terms of which rabbinical rulings I accept. Yes, I’m using traditional tefillin, of which the details of the design are not found in the Written Torah. That said, I do find it most interesting that the rabbis of old who established the fundamentals of the Jewish prayer services chose, as one of the central texts of the siddur/prayer book, Biblical quotations (the Sh’ma) that specifically mention items that are supposed to be worn to remind us of G-d, and, at the same time, exempted half the Jewish people from wearing them.

Its actually not that interesting at all. The Rabbis included shma in the prayer service becasue it is a mitzva for men to recite it twice daily. Women are exemted from wearingthe tefilin AND reciting shema, not be tthe rabbis though, exempted by god.
. . .

John’s response reminded me of an exchange that I had with West Bank Mama here [http://onthefringe_jewishblog.blogspot.com/2010/03/women-judaismtaxation-without.html]:

[WBM] “Oral tradition is the way that our sages interpreted it.” [Me] Yes, and the sages, to the best of my knowledge, were all male. This is what I meant when I said, “almost the entire corpus of halachah/Jewish religious law has been determined by men.”

According to John, G-d’s the One who made it a mitzvah for men to recite Sh’ma twice daily, and exempted women from recited Sh’ma, wearing tzitzit, and wearing tefillin.  And how do we know this?  Because the rabbis said so.  And which gender were (are) the rabbis?

You get the picture.

There are those who see feminists as wanting out of Judaism.  But I would say that we want in.

Out of sight, out of mind