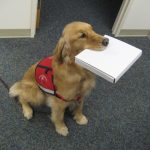 Dogs: I cannot tell you why frummies are really afraid of dogs, but they are. If you want true protection against little frummy kids, just get a dog. I have seen them run across the street to avoid a dog, it’s the way of the frummies. In fact, just this past weekend I was sitting at a shabbos meal with two yeshiva guys from Far Rockaway that have dogs. I immediately asked if their parents were baalei teshuva – “How did you know?” they wondered as I said, of course they are.

The word sex: Frummies can’t say the word sex, in fact they have about ten other words to avoid using the word. Instead of sexual relations, they just say relations. Lucky for them most yeshiva guys don’t go into PR – or else they would have a problem. Sometimes they say bia, other times they say “knew” or “lived with.” I guess one night stands are considered living with by some standards. I always considered living with as in moving in – but the frummies had something else in mind.

College: Frummies will do anything to get out of college. They will go the BTL (bachelors of talmudic law) or they will get a scam degree from Charter Oaks. The girls will get these medical billing certificates, or if they are desperate they will figure out how to get an associates with AP bais yaakov credits, but to many frummies, college is the downfall.

Working on the books: I myself didn’t really work on the books until college. It was definitely one of my fears as well. But most frummies I know will skip out on a job if they take out taxes, even my father groans when I say my job is not a cash job.

Yeshiva University: I always found it interesting that it was better to go to a regular secular college than YU and I didn’t find out until later in life why. You see YU makes it seem like the right way, but really it isn’t, with secular college you won’t get fooled that modern orthodoxy is kosher.

Off the derech: I love hearing frummies talk about people they know whose kids are off the derech. It’s always a bunch of sighs and then debating how they can convince to come back. Or they talk about how they are confident that they will come back soon. My friend works for a big brother program that mentors kids and one of the parents fired him because the kid asked how his big brother could be frum if he didn’t dress chassidish. The parent didn’t want the kid going of the derech. I have heard of parents fearing the worst when their kid starts saying things like Israel instead of Eretz Yisroel.

Being seen on a date: Most girls hate to be seen on a date. I have no idea why but in the frummy world this is so. They will have you drag them somewhere strange in order not to be seen.

← The Orthoprax Rabbi: What it’s like to be an atheist rabbi of an orthodox shul
Do you listen to music during the 3 weeks? →

137 comments for “Stuff Frummies are afraid of”