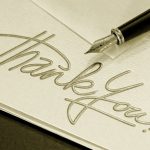 My marriage was dull, my kids were always acting up, my job sucked and I didn’t like the basement apartment in Monsey much. The only freedom I seemed to have was in my office, where I would bide my time by searching for pornography. I know I sound terrible, but let me explain. Some people like Heshy, for instance, have biking as their outlet. I have a friend that likes learning and I have another friend that enjoys a good steak. I had no outlet until I started getting interested in pornography.

Like any regular yeshiva guy I had looked at my fair share of porn magazines, usually in two or three minute rustling of the pages in a bathroom stall in yeshiva. It wasn’t really freedom when you risked being caught by one of your friends or the dorm councilor. This was different and it seemed like a perfectly normal outlet for me. My wife was pregnant with our third child and she never quite lost the weight from her first pregnancy, so whenever I read those articles in mishpacha magazine that referred to women as frumpy, I could really relate to them.

Wow my imagination sometimes get’s the best of me