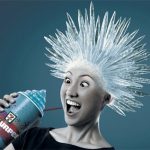 This here blog  has never really had a sponsor, but once in a while I twist peoples arms to put advertisements on my site and this month I was able to twist multiple arms – hence the reason you see a variety of banner ads on the sidebar and top right corner of my site. Metroimma directly to the right is kind of like Imamother, but cooler so you should check them out. ModernTribe sells cool Jewish T-shirts and maybe one of these days I will convince the owner to make some Frum Satire street gear for all you die hard fans. On the top right hand corner there is a banner for a wine and cheese tasting on June 24th being put on by the Silicon Valley Federation (I must be that pimp if I can get a federation to advertise) Some of you may have also noticed the little Paypal – Donate button. It was suggested by a fan who wanted to make a donation, contrary to popular belief I make next to nothing from this site, yet it provides you with hours of entertainment, so nu, put something in the tip jar – or buy an advertisement.

← Due to Artscroll monopoly I can’t stand the Koren Sacks siddur
Having trouble with shabbos guests turning off the bathroom light? →