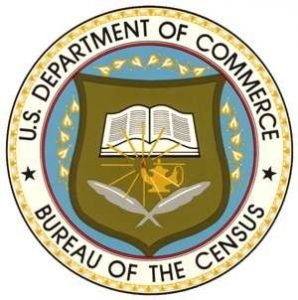 The fourth book in the 5 books of Moses will be read in Shul this week. Each of these 5 books has 2 operative names. The first parsha of each book gives them their standard name. These names are Breishis, Shmos, Vayikra, Bamidbar and Devarim.

There is another set of names that we find in Chazal as well as in the King James version of the Bible. The Ramban and other rishonim find meaning in this second set of names. Breishis is Sefer Hayetzira or Genesis, Shmos is Sefer Hageulah or Exodus, Vayikra is Toras Kohanim or Leviticus, Devarim is Mishna Torah or Deuteronomy. Those names are really obvious choices for the stories they tell. Breishis deals with the Torah’s version of the birth of the universe and the birth of the Abrahamic family. Shmos deals with the story of the exodus from Egpyt as well as the necessary components for a Jewish life: Torah and a Temple. Vayikra deals with all the laws that pertain to Kohanim and Leviim. Devarim is a lot of review (plus some new stuff) by Moshe so it’s name reflects the “duo”ness of its content.

Bamidbar is called Chumash Hapekudim or Numbers. It seems strange to call a book by an event that happens in the book twice. Especially when that event seems to be very administrative in nature. The 2010 census was important but is it important enough that we would call 2010 “The Year of the Census”?! I wouldn’t.

What could be the meaning behind calling the 4th book, the Book of Numbers?

The Netziv, as are many others, is bothered by this question. In his introduction to Sefer Bamidbar the Netziv supplies us with a clue as to what the message of Sefer Bamidbar could be. The book is a book of transition. It begins with the Jewish people who left Egypt and would never see the land of Israel and concludes with a new crop of Jews who would enter the land of Israel. In fact, there is actually a section of Bamidbar that Chazal call a book unto itself. The verse of “Vayihi Binsoa” is its “own book”. By splitting Bamidbar, in essence this makes Bamidbar into 3 books.

The first part of the book is when the Jewish people are counted in reference to their flags and their place in the camp. The formation of the Jewish camp was like a chariot for the Mishkan and the divine presence within. This counting was of the Jews living in the desert and their way of serving God. However the second counting in Pinchas follows the death and plagues that struck the Jewish people for their participation in the sin of spies, the division of Korach and the immorality with the women of Midyan. This was a new generation who would enter the land of Israel and the second census was to determine the division of the Land of Israel.

Viewed in this light, Bamidbar is a book that tells the story from one counting to the next. These are not incidental censuses. These countings go to the heart of the journey through the desert. This book is truly a Book of Numbers that begins and ends with countings that are representative of sweeping change within the Jewish people.

In life we often pass milestones or go through transitional periods. These times can be great opportunities to make changes or grow as a person. I think the Book of Numbers is a great reminder of this important and relevant lesson.

← Am I the only one to find sheitles sexy?
Do you want to offset your carbon footprint? →