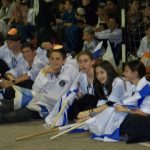 I want to start this off by saying I have a conundrum, you see, modern orthodox liberal and open orthodoxy, or Avi Weiss style orthodoxy are two different animals. I am not sure if I am alone in saying this, but it seems that the fundamental difference between being liberal and being open, is that the modern orthodox liberal crowd are orthodox by default (sweeping generalization that really isn’t true but….), while the open orthodox crowd is very passionate about their Judaism, they just want to see change within orthodoxy. I think by splitting the two, I may be ahead of my time – so at some point in the near future I may do a more serious post on this emerging faction of modern orthodoxy. For meanwhile let’s lump the two together, since the differences are subtle.

Voting Democrat: MO Libs are always having debates about Israel and the Democrats. They claim that Bush was the worst president for Israel and Clinton the best. MO Libs can also be extremely right wing on Israel matters while being extreme left wing

Ivy Leagues: I feel like it’s a shonda if your Ramaz or Yeshiva Of Flatbush educated kid doesn’t go to an Ivy League school. What is the deal with the MO Libs love affair with UPenn.

NY Times: Any self respecting MO Lib gets the times daily. They also tend to read the Jewish Week and The New Yorker.

Sports: All Jewish men like sports, but modern orthodox liberals have after school sports, softball leagues and shul matches.

Women’s rights: I am sure a lot of modern orthodox liberals struggle with their sexist religion and their will to remain part of the orthodox community. So the women make hamotzi, Kiddush, mezumans, devar torahs and megillah readings to ascertain their rights.

Blue and White: Ever notice that blue and white is the modern orthodox liberal way of being Zionistic. At many events children are required to wear blue and white and it always seem to be the theme color of something.

Doilies: I always used to wonder why they had these lacy white things that looked like the base of a wedding cake at shul. They were always under the black plastic looking yarmulkes so I figured they were for men who had flatter heads or something.

Science: The only orthodox Jews to say things like 20 billion years ago, are MO Libs.

Sports Yarulkes: Uusally sports yarmulkes are made of a light colored suede with the teams on them, an MO Liberal fave.

Legal System: I think that one reason for the MO Lib affair with the legal system is because they tend to work in real jobs, not the cash type of jobs of our frummy veterans. Doctors, Big firm financial guys and lawyers aren’t really the ones who are scamming the system. It’s more to do with contractors and real estate guys. Or maybe because they are Ivy League educated they know how to stay off the front page of the NY Post and out of prison.

Clean shaven rabbis: Modern orthodox machmir rabbis love the goatee, it allows them to be cool while being sort of frum, but the lib rabbis need the clean shave.

Knitted Name Yarmulkes: People who wear knitted yarmulkes with their names on them tend to wear them more towards the back of their head. They also always use two clips and their names are always something like Mike or Steve.

Manners: Why is it that MO Libs have manners, I have noticed that they don’t say Shabbat shalom instead of excuse me when passing you on the sidewalk on the way to shul. They also tend to use their napkins and knives at meals – unlike some our more frum brethren. Manners can get annoying at time, like, what’s up with excusing yourself from the table or not reaching over someone?

Eating Milchigs Out: I grew up eating milchigs out, this meant we would go to any treife restaurant when we weren’t able to get kosher food and look at the menu to see if there was anything we “could eat” there. Things like eggplant parmesan, French onion soup (most soups are meat based) and fish and chips all seemed harmless and psychologically kosher at the time. On the upper west side there was this place called Zen Palate which wasn’t kosher, but frequented because it was vegetarian. I could understand the logic, but in New York there are hundreds of kosher places to eat.

Really expensive camps: You think yeshiva tuition is high, try sending your kid to Kanfei Neshurim or one of the achva trips. They have to be ultra Jappy and wear a lot of Abercrombie inspired clothing to go on these trips. My friends were the cooks for Achva West one summer and while visiting Old Faithful in Yellowstone National Park, one girl turned to her friend and asked why they would put the geyser all the way out in the middle of nowhere. My brother went to Camp Mesorah one summer and I think it was $2700 a month and that was 10 years ago.

Vacation Village: It used to be the place to go if you were modern orthodox liberal. I heard that one of their official by-laws was never to have separate swimming, but I have heard that the rapid encroachment of frummies has put a damper on this MO Lib summer vacation spot. Now they have to go to Sackett Lake.

Bang It Out Parties: Sure one of the guys who runs bang it out‘s wife wears a sheitle but, that doesn’t mean that their parties have to be frum and they aren’t, they are favorites amongst the modern orthodox liberal singles of NYC and they throw some great parties. Just wondering if that 80’s prom night ever went down, they were thinking of doing this prom for all those that went to yeshiva and never got to attend prom.

Matzo balls: the party not the food, though they like the food too…

Pesach in Miami or Israel

Mixing their Jewish books with their secular books and DVD’s

Playing basketball in their driveways on Shabbat

Shabbat afternoon learning on the lawn

Talking about TV and pop culture at the shabbos table

Hair Covering: Sheitles are a big no, no and even though hats reign on shabbos or Shabbat, they are taken off immediately after shul.

Shabbat Laws: I think it’s more of a need to know basis and most of them don’t know. Common practice of amongst the MO Libs is to swim, carry outside eruvim, open mail, by accidentally turning on the air conditioner and using hot water on Shabbat, I have even seen people cook on Shabbat that claimed to be orthodox. Sure that’s one big generalization but, I kind of grew up in the largest MO Lib community.

Two beds: Frummies all have two beds, but I have noticed in the MO Lib community that one big bed seems to be the norm. Now, we all know that most of the halachos of niddah are chumros – but sleeping in a bed together seems like it may lead to something – just my thoughts.

Tznius: If you are a woman that wears a skirt at anytime besides for shabbos – you will probably revoke your status as an MO Lib. Covering your elbos in the summer is a no-no and if you wear a skirt during the summer it has to be very short.

Their kids frumming out: Almost all of my cousins who are my age and grew up left wing modern orthodox are frummies now. I have heard that the phenomina of MO Libs moving to the right was caused by the fact that during the 80’s it wasn’t cool for modern folks to become rabbaiem, so all or the modern schools were filled with charedi limmudei kodesh teachers. No sure if that’s a good reason, but plenty of MO libs who grew up in the 80’s and early 90’s are very frum now.

Hechserim: My buddy was on a date once and he asked to see the hashgacha of something in a coffee bar – the date thought he was too frum for her. The next time you are in a modern orthodox liberal house, take a look through the fridge – I can surely guarantee that many of the products do not have a hechsher and if you ask about it they will say they looked at the ingredients. For instance 100% pure Vermont maple syrup seems innocent enough – until you realize that they pasteurize it with a big heap of ham on top of the pot for taste.

Mechitzas: I have been to a lot of MO Lib shuls and I wondered if they took away the mechitzah if anyone would notice. MO Libs have a love affair with passing babies obver the mechitzah and complaining about mechitzas at really religious events they attended.

Tzitzis: It’s such a frum thing to wear tzitzis.

Pronouncing Hebrew words with a Suf: I had this one kid in my yeshiva who attended a coed high school for a few years – whenever he would read gemara in class the teacher would correct his Sufs with Tufs, he finally got so fed up that he yelled out “I’ll tay it how I wanna tay it”.

Weekday minyan: Modern orthodox liberal shuls have the hardest time finding a weekday minyan, it may be because they have regular jobs, but may also have to do with the fact that they aren’t known for their shul attendance – it’s a social thing.

Wearing a yarmulke to work: It’s been discussed and most people say it’s fine, but we are living in the millennium, does workplace anti-semitsm really exist nowadays?

Separation of the sexes

Stuff Modern Orthodox Liberal Jews Aren’t Sure If They Like:

Proms: The proms at Yeshiva of Flatbush and Ramaz are unofficial, yet they happen every year and no one seems to mind.

Their black hat relatives: in the real modern world, anyone with a black hat is really frum, there is no differentiation such as found here on this blog and it seems that ever really modern family has a bunch of black hat relatives – you can always find them at weddings.

Being Orthodox: I could never really tell with the MO Libs, do they like orthodoxy? Or is it more of a social thing, or something they grew up with. According to my conservative scholar friend, left wing orthodoxy aligns with the conservative movement – except driving on Shabbat is a big no-no.

Looking orthodox: No yarmulke to work, no skirts beyond shabbos and wearing tzitzis is rare.

Davening: Many of the shuls with the most amounts of talking are either frummy or modern orthodox liberal. In many shuls the chazzan stops in the middle of prayers, the talking stops and immediately upon starting again the talking starts again.

Booze: It seems that MO Libs of the older generation love expensive booze, they love Kiddush clubs and they love being the guys who pour you booze at Kiddush, but they always have these anti-drinking on purim shpiels which seems a bit weird. They also don’t allow kids at Kiddush to drink.

Settlers: sure some MO Libs are Zionists, but many of them have this strange Democratic influenced view of the settlements that they really aren’t sure about.

Sephardim: It seems that MO Lib communities have less Sephardim than all other communities, this may be because even the non-religious Sephardim still keep tradition and don’t seek to change it.

← Why do Frummies drive like idiots?
Two Lakewood boys are sitting in a bar… →

83 comments for “Stuff that modern orthodox liberal Jews like”