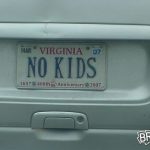 I don’t want to have kids.

Allow me to repeat that: I do not want to have children. Ever.

As an avid reader of Frum Satire and a blogger myself, Heshy and I will sometimes throw writing ideas back and forth to one another. When he learned that I planned on living a child-free life, he suggested I write a guest post. I know I’ll get dumped on for this thing, and many of you will attempt to tear me a new one. So, after much hesitation and encouragement, here I am.

Let’s start with the word: “childfree”. What does it mean? It’s not the same thing as childless, certainly. A childless person is usually someone who wants kids but, for whatever reason, doesn’t have them. Childfree is something very different. These individuals do not want to have children, period. To call them childless is to pity them when really they’re pretty happy with their decision not to reproduce.

As a Jew and as an American, I live in a “family friendly”, child-promoting and pro-pregnancy society. In some businesses, workers who perform the same tasks as their co-workers are often given pay raises when they become pregnant. Employers might ask childfree workers to work late because they “don’t have a family”. Stores voluntarily create “stork parking” for women who are capable of waddling around a mall for three hours but not across a parking lot. Schools are forbidden from serving anything with nuts in it for fear that little Johnny will die. Parents put down beloved pets after they bite in self-defense from being hit or poked with a stick by Ashleigh or Kaitlyn or Jonah just one too many times. Families with kids get tax credits funded by those who can’t have or don’t want children.

It goes on and on. The fact of the matter is that this world, right or wrong, places parents and children high above the people who cannot or do not want to have children.

Some people must think I hate children, while those who know me understand that this is not the case. I like kids! Smart, friendly, well-behaved children are a delight to me, and it’s fun interacting with them and teaching them about the universe. I enjoy playing Rolling Stones songs for my niece (she turns 8 tomorrow), and my babysitting charges think I’m one of the coolest “grown-ups” ever.

I just don’t want kids of my own. To some people, this is impossible to fathom. To me, though, there’s an enormous difference between watching someone else’s kid (reading with him, collecting bugs or doing science experiments, eating dinner together, bathing him, putting him to bed) and having a little rugrat of my own.

I have many reasons. Here are just a few of mine:

1. I’m not your stereotypical woman; my maternal instinct is not very good. Sure: If a baby cries, I will soothe her/feed her/change her diaper/whatever, but I don’t feel a strong need to mother her. To create a child of my own, and then mother it for the next two decades does not sound appealing to me when I don’t feel a powerful drive to take care of it.

2. Let’s be honest: Tiny kids and little babies are annoying and worrisome much of the time. They wail at decibel levels high enough to match those of rock concerts, have poop explosions, hit other children or pets, talk back to their parents, run into the street and get food and dirt all over their faces. If I don’t want to subject myself to this behavior, why should I?

3. I’m a libertarian; consequently, I love freedom. To me, it’s more important to be able to come home from work on a Friday and say to my man, “Let’s throw together some things and go away for the weekend” or just enjoy a quiet evening with friends than staying home and changing diapers and breastfeeding.

4. Kids are expensive. Most current estimates I’ve read place infancy-to-adulthood costs at close to a quarter of a million dollars. That doesn’t include college, which I would feel compelled to help fund if I did bring a child into this world. I’d rather save money for retirement, go out to nice restaurants, or buy a classic muscle car.

Given my reasons (and seemingly all the reasons given by the childfree) for not wanting children, I get told a lot of things. The most common one is, “You’re awfully selfish.”

My response: So? It’s not a bad thing. Human nature is inherently selfish. If anything, people who have children they can’t afford and then say “God (read: taxpayers) will provide” are the most selfish specimens of all. Also, when I get told that it’s a good thing I don’t want to reproduce, I simply say, “I agree. Then I might end up like you!”

As I said before, I like good kids. But:

– If you bring your tiny infant into a fine restaurant or movie theater and he starts screaming, I will have a manager ask you to leave.
– If your kids are cruel to your own pets or mine, I will contact the ASPCA and/or the police.
– If you complain that you can’t walk across the parking lot while pregnant, I’ll tell you quite simply that you were obviously too unhealthy to reproduce in the first place.
– If your son kicks the back of my seat on a plane, I will turn around and ask him to stop – getting a flight attendant’s assistance if needed.

There are many other things I could write about this issue, but I think I’ll end on this note: Sometimes, I look at pregnant women with some envy. I long to feel my stomach growing, to know that there’s a life inside of me…

Then I remember: There already is a life inside of me. My own. And I’m going to experience it to the fullest – guiltfree, childfree.

Why I posted this piece: I believe in letting people do what they want. It’s their lives and although I understand this woman’s arguments and can relate to many of them, I do not think like her. I decided to post this because I think it’s important for us to see that not everyone is alike. I have never really met any Jews that didn’t want kids. Isn’t puru urvu the first mitzvah in  the Torah? Isn’t the whole purpose of making the world a better place, so that our offspring can enjoy that world and carry on our legacy?

← Stuff frum gay Jews like
The Groggers: Jewish punk band sings about giving her a get →