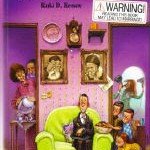 I was going to write this one, but the young lady who authors Frum N’ Flipping sent me this pretty comprehensive list. This is obviously a post written from a more frum perspective and from that of the older (over 21) girl that is in the shidduch crisis. Rumor has it that the author may be the first one to take advantage of my offer to post a shidduch profile on my site. Anyone who wishes to experiment by posting a profile, poem or hot picture of themselves to take the shidduch finding technique to a new level is welcome to send me an email.

The eternal pre-first date debate of “Flats or Heels?”

Diets and the Gym

Working as a Madricha at a seminary, as a Limudei Kodesh teacher , or at any job where it’s clear you’re burning time until you’re married, and you’ll quit as soon as you get engaged.

Living in New York — either at home, or in a shared basement apartment in Brooklyn — the main thing is you’re not “out of town”.

Segulos- There are the 40 days at the Kotel, 40 days saying Nishmat, 40 days saying Shir Hashirim, and 40 days saying Pirkei Shira. There’s also Erev Rosh Chodesh at a graveyard, and going to Amuka- which thankfully you don’t need to do for 40 days.

Secular guys — Among religious girls, the most popular character on Srugim was Hodaya’s secular boyfriend. He was hot. The religious guys were dweebs.

Not being told “Im Yirtzeh Hashem by you” – as if they’ve given up you, and everyone knows your 18 year old cousin fresh out of Seminary will be getting married sooner.

“I’m praying for you” — Too many Baptists connotations.  I’d rather you just found me a guy.

Guys who don’t pay for dates (As a commenter on Material Maidel put it- “we have the babies, they can pay for the dates”)

Cowards. i.e. Guys who don’t call back after a date

Doing graduate degrees and/or having a career- very dangerous, because then you can be named a “career girl”- and everybody knows they don’t make good wives

Your friend’s Brit- for her second child

People who suggest guys and then never get back to you.

Stuff Single Girls are not sure if they like:

Frumster and SYAS — does joining them make you desperate? And are there any decent guys on them?

Living in Israel — judging by the amount of “maybe”s on Frumster profiles. (This applies to all Orthodox Jewish singles, guys too)

Shidduch Resumes — demeaning, as if applying for a job, but does save time.

“What are you looking for?”- Averaging 10 times a day, but at least people are trying

Talking to boys — it’s the ultimate sin, but you’ve already done it with 100 boys on dates, and this boy looks cuter, even though he wasn’t introduced by a third party.

Mixed events- Weddings, Kiddushes, Sheva Brachos — gives you the opportunity to check out, and possibly even talk to the opposite sex. But again, it’s the ultimate sin.

← iPad Torah has sofrim worried
What do you think of the Rubashkin case? →