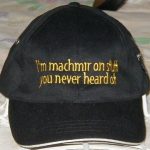 From YWN: I, along with many prominent and well-known askonim, am currently circulating a kol koreh among many rabbonim, gedolim, and roshei yeshiva to decry not only Spirit Airlines, but the practice of flying in general. It is a known fact based on the seforim that our ancestors in Europe did not fly, and it is a clear departure from the practices of past generations to do so.

It has come to our attention that many so called heimishe and frum people are engaged daily in practices that go against out time honored mesorah. Many of these practices are viewed as necessities, but they are just the work of the yetzer harah trying to convince us that the ease brought on by these so called “necessities” are just bringing us down both morally and spiritually. Speak to your local Rav if you need a heter for your parnassah.

Flying: Do you think they flew from Slutsk to Kelm? Do you think Chaim Volozhner needed to fly anywhere? They had it all right there. They never flew and they traveled slowly by wagon so they could admire Hashem’s creations.

Electricity: They didn’t have electricity in the shtetl. Electricity led to the downfall of society and caused loads of immigration to America, the treife medina where many Jews lost their neshamas to gashmius.

Belts: First we stopped wearing hats and then belts made the need for long black coats to cover up our fallen down pants unnecessary. They may have had gartels in the shtetl, but certainly not belts.

Rubber bands: I don’t remember us having any minhagim to do with rubber bands. The bitul torah that they cause is great. I have even heard of yeshiva guys spending precious seder time making rubber band balls.

Deodorant: Profanity, pure profanity to want to smell good for anyone other than Hashem. The rabbis of previous generations never wore deodorant.

Refrigeration: Look at how dumb we have become by going against minhagei yisrael. They used to shehct the chicken on Friday afternoon. There used to be hundreds of shochtim. Now just try and find someone who knows how to shecht — it’s impossible! Due to refrigeration we have become lax in our shechita abilities.

Children’s Shoes: Have you ever seen a picture of the shtetl? None of the kids had shoes – this is a chillul hashem to see children wearing shoes when that money could have gone to a yeshiva. Children’s shoes are not part of our mesorah.

Books: In the shtetl they didn’t have books. If they were lucky they had one siddur. In cheder the children used to learn upside down because the melamed had the only gemara.

Bas Mitzvahs: There is no record of any sefer ever saying girls should get a party when they turn twelve. Married, yes, but a party – this is against the Torah. We cannot believe any self respecting frum person would allow this, but we have heard it happens – out of town of course.

Non-Heimishe Food: How could real yiddisher neshamas eat such foods as Asian, Latin and Sephardic Foods – none of our ancestors ate these foods? It doesn’t talk about moo goo gai pan in the gemara. We have never seen sources mention these foods as kosher. Food from the alter-heim is our time honored mesorah.