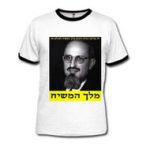 Modern orthodoxy is really such a pain in the neck group to write about these days. Back in the 80’s and early 90’s there was just plain old modern orthodox. The women wore pants and the men played ball on Shabbos – you didn’t see too many seforim lying around the house and the living room was devoted to a big entertainment system with home filmed VHS videos piled on either said. Then kids started flipping out during their year in Israel and the peaceful lives of modern orthodox families were changed forever. I think frumster was the first website to realize the vast differences between left wing and right wing modern orthodox and hence the reason I have to write two posts about what stuff modern orthodox Jews like.

Yeshiva University: If you aren’t a YU or Stern graduate your chances at achieving the true modern orthodox lifestyle are greatly diminished and your status in Teaneck will be reduced to nothing – unless you went to one of the YU safety schools like Maryland, Brandeis, or Binghamton. It also greatly helps your shidduch market value when you need to move back to the Heights to get married.

Yom Ha’atzmaut: Some say hallel and it’s one of the greatest holidays for the right wing modern orthodox crowd – of course there is debate – but show those Stern girls you’re frum and don’t say tachnun.

Rallies: They should have an official schedule of rallies being held, usually about Israel, by RWMO Jews. I used to love rallies because there were always these really cute girls in denim skirts and everyone would have neat signs made out of poster board. Unfortunately the most violent the rallies ever get are when Dov Hikind shows up and starts screaming through a megaphone.

Kumzits: I used to hate it in Camp Moshava when they would do a kumzits, and this was quite often. Everyone would lock arms and we would sway back and forth and sing Acheinu (the modern orthodox national anthem)

Israeli Day Parade: it’s a big scene – you need to go there.

Josh: why does it seem that many modern orthodox kids are named Josh?

Chol Hamoed Amusement parks: Sure the yeshivish crowd likes these things too, but in all seriousness, the Josh’s and Ariel’s of modern orthodoxy, with their tzitzis flying and short denim skirts love the Hershey Park scene. It’s talked about in earnest amongst modern kids everywhere.

Carlebach Shabbat: Go to any modern orthodox shul, and chances are that once a month they have a Carlebach Shabbat. This involves three extra songs during kabalas Shabbos and then a half assed attempt at dragging people up for a dance around the bimah. Carlebach Shabbat never extends to the day time, because unless you are a true Shlomo fan you never made it to shacharis and don’t know the songs from the daytime.

Techeles: It seems like every kid that frummed out in Israel has to have techeles tzitzis. You would never see any normal upstanding yeshivish, or left wing modern orthodox dude wearing blue. Only modern machmir and Bat Ayin types dare to pay $80 for a string of questionable blue.

Quoting the Rav: This is the basis of most right wing modern orthodox thought, so no wonder they like him.

NCSY Advisers: In order to really fit the bill as a member of modern orthodox machmir society, you have to be an NCSY Advisor. You will also likely marry one of your former kids or people with whom you worked.

Goatees: Maybe it has something to do with the Rav’s progressive goat beard he had going on, or maybe it has to do with not wanting to be too yeshivish by having a full beard.

Lampshade Hats: If you’re a woman and you cover your hair, most likely you are a partial cover upper and you wear a lampshade hat. Baseball hats on women are reserved for kollel wives on vacation.

Khakis: Put on khakis, blue shirt and brown shoes and you have the RWMO outfit that works well during the week or on shabbos. : Lately the dark suit has come into style, but this outfit is a classic.

Learning on the lawn: A modern orthodox suburban favorite — go to your neighbor’s house sit on the lawn and get taught something by someone in your shul.

The year in Israel obsession

Carrot and humus sticks at kiddush

Beards: They do goatees, but modern orthodox rabbis don’t do the beard thing. I always find sephiras ha-omer a bit odd when they actually do have beards.

Orthoprax: You know those people that are frum, but hide TV’s in their closet or lie on their income tax forms? Right wing MO people hate them.

Getting drunk on Purim: I have been in so many MO shuls that don’t allow booze on purim. It’s really a terrible thing, but I am sure they quote the Rav and tell you why it’s assur.

Women in tight clothing: right wing modern girls may show their knees and elbows, but unlike really frum women, they don’t show their panty line.

Black Hats: Can you truly be modern orthodox if you wear a black hat?

Separate seating: One of the last bastions of mixed seating weddings that have separate dancing, the right wing modern orthodox wedding will have a few plants to separate the dance floors, but the seating is all mixed. Good thing modern orthodox people know how to use knives and napkins.

Single sex camps: You cannot possibly be a good modern orthodox machmir kid and have gone to a single sex frummy camp.

Talking in shul: ever notice how quiet the more RWMO shuls are? Left wing modern Jews are very noisy in shul.

Palestine: I have a feeling that the dozens of invites from people on Facebook asking me to join “Palestine is not a county” are from right wing modern orthodox folks.

Black Velvet Yarmulkes: Another big no-no, you must wear knitted or suede.

Stuff Right Wing Modern Orthodox Jews aren’t sure if they like:

Gays: Sure YU had a symposium, but it seems like the more left wing crowd likes that sort of thing while the right wing is kind of torn.

Shomer Negiah: From a young age modern orthodox kids talk about negiah. As soon as they hit marriageable age it’s no longer mentioned. It seems that most people say they are, but in right wing MO circles, it’s hush-hush. This lasts until you’re in a relationship at which point people are shomer in public. Left wing MO are not shomer in public.

Shabbos/Shabbat: for MO Jews this is a struggle and I think more and more RWMO Jews are calling it shabbos – to the disdain of their parents. I generally profile people when it comes to saying good shabbos or shabbat shalom – it all depends on their look.

Halakha or Halacha: Only in the MO world do the shul bulletins use the KH as a CH, and it seems to be different everywhere.

Women’s rights: On the one hand it’s a good thing to have Yoetzet Halacha and more women’s participation, but on the other hand we are right wing now and need to uphold tradition. But who goes to the YU women’s graduate program in Talmud?

Women in Pants: this is one of those things that the RWMO are iffy on. It seems like pants are ok for sports, but all other times you have to wear a knee length skirt.

By the way – right wing modern orthodox has two other terms to describe it. Modern Orthodox Machmir or modern ORTHODOX.

← If the Obamas were Chassidish
Guide to shuckeling →