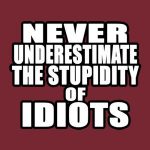 I would love to have a conversation with the folks from Vos Iz Neias so I could find out who is actually commenting on their posts. Is it all from the same people, or does every post actually feature multiple commenters? To me it seems like it’s a bunch of high school kids trying to start trouble. I give you the breakdown of Vos Iz Nieas commenters.

I got the idea for this post while reading the comments on a post about thousands marching to remember the holocaust. A bunch of commenters basically said that marching is stupid and these people should be learning – typical!

Type of article and response:

Jews flock to Florida for Passover:

How can people be going on vacation in times like these? They should be giving tzedaka instead.

Going to Florida is very untznius, my son told me that mamish frum Jews are seen mixed swimming there.

No frum Jew would go to Florida anyway, they serve gebrukts.

Barak Hussein Obama wasn’t even born here – he should go back to Africa where he came from.

He’s trying to weaken the economy so we have to make peace with his Muslim brothers.

I refuse to believe it.

It’s not true, I know one of the kids and he’s just trying to blame his rebelliousness on someone.

Rachmana Litzlan, we need to say tehilim for this poor Jewish soul so he may win the appeal.

The court system is anti-Semitic, this man is getting more a sentence than murderers and drug abusers.

I know the man, he is such an ehrliche yid, something doesn’t seem right – was there even evidence.

We need to show our support for this Yid, write your local politician.

We cannot stand by as an honest Jew gets such horrible treatment.

Everyone uses illegal immigrants for workers, I’m a contractor and I pick them up every day on Route 59 in Monsey.

In Brooklyn you can pick them up on Church and McDonald.

We need to say chitas for this poor soul.

Did you hear about Tyson – Rubashkin is going to jail for being a Jew.

Girls don’t even have a chiyuv to fast on that day.

These girls aren’t really frum if they are running around in front of men.

You mean to tell me that a bunch of girls showing their elbows decide to forfeit a game to fast? Oy vey!

They should be learning, Hashem will destroy those who desecrate the Shabbos.

We need to overthrow the secular Israeli government.

If he wasn’t frum why should we care?

I heard he never game money to yeshivas.

I heard his wife wasn’t Jewish – hello why is this on a frum website.

This is just disgusting.

These people are sick, they are bringing society down, we should kill them.

Marriage is between a man and a woman, next they will want to marry animals and fruits.

Those faggots will burn in gehinom.

They are not doing it lishma.

Why would a woman want to learn, they are on a higher spiritual plane.

Women should be in the kitchen or teaching their kids.

They have alternative motives; why else would they be doing it?

First they wanted to go to college and now they want to learn, next they will want the men to have babies. It’s a slippery slope.

I’m a woman and I find this terrible.

Don’t go Rush we need you.

Rush Limbaugh is one of the only purveyors of truth in America, if he would leave it would be terrible.

The liberals are trying to get him to leave.

I am very scared.

We need to be mispallel for klal yisrael to give up expensive vacations, eating out and cars.

I know someone who took their kids out of yeshiva so they could marry off one of their daughters – nebach.

The guys are too picky these days, they expect every girl to be a size two, this is so unrealistic, everyone knows frum girls don’t have time for exercise.

We need to keep girls in the freezer.

Enough with all of the judging, I hate it when people won’t date my daughter because one of my sons went off the derech.

My sister just got married and she’s 23, so there’s hope for all of you, I give you bracha.