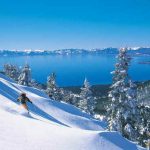 I was on the internet for about 10 minutes after Yuntiff on Wednesday night, I immediately logged off and about 10 minutes ago I logged on and found a filled up email and facebook waiting for me. Yuntiff was a good break, but there is nothing quite like a complete break from internet and phone usage on days when you are allowed to use electricity.

I was in the Sierra Nevada mountain range for the last days of yuntiff and once yuntiff was finished, I realized I wanted to keep the yuntiff feeling. I have been finding myself less quick to end shabbos and yuntiff these days. I really love the days devoted to the Lord and have ben becoming mildly depressed during mincha on shabbos, so when it’s over I don’t immediately flip on phone, open my computer or change into weekday clothes. It’s kind of strange, because this is the exact opposite of how I used to be, like many people I couldn’t wait for shabbos to be over with – these last days of pesach lasted an extra day and a half.

Have any of you folks ever skid Lake Tahoe – you really should – it’s really an unbelievable thing to be able to ski with such beauty. Sure the mountains in general are nice, but having this enormous blue lake surrounded by mountains on all sides is like no other skiing I had ever experienced. I kept praising the lord and thinking to myself that I couldn’t believe I had finally made my move to the west. Speaking of living in the west, it only hit me about 2 weeks ago that I was actually living in the west. I was driving along the Pacific Coast on highway 1 and it hit me that I was actually living in the west and that this insane beauty was minutes from my house – I honestly thought I would end up married and stuck in the east coast my entire life – of course being single kind of sucks – but my newly gained singlehood has allowed me to commit to staying where I am.

So I’m up on this mountain overlooking Lake Tahoe and it occurs to me that this is the first Pesach I can remember that I didn’t eat any chometz right after it was over. I can remember the long lines that appeared at H and H bagels on the upper west side the second pesach or a fast day ended. I can remember the countless finished bags of pepridge farm cookies, pints of ben and jerrys and pizza pies eaten the second we passed that extra time after pesach that chometz wasn’t allowed.  Here I was almost a day after Pesach ended, and all I had eaten was some leftover quinoa, apples and walnuts.

Instead of driving home from Tahoe, I decided to take a scenic drive to the historic town of Nevada City and after some good walking tour, I hopped down to the American River for some gold panning, seriously folks, gold panning is cool – I have done it a few times and although I don’t find much beyond flakes, it’s super cool to find gold flakes in your pan. I cooked up some quinoa and spinach with a little seasoning and camped out under the stars, still chometz free.

I rarely sleep late when I sleep outside, especially without a tent, mostly because of the sunrise and steady stream of cars outside my sleeping bag. My idea of car camping is to find a pull off without any signs that say no overnight parking, whip out my sleeping bag and pad and go to sleep on the side of my car – if there is no threat of rain, I won’t use a tent and have slept outside sans-tent in temps as low as 15 degrees. Last night was balmy and very comfortable, when I woke up I had my first chometz, but it really wasn’t chometz, it was mostly soy – just kitnyos.

I got on my mountain bike and ended up riding for 4 hours around the Auburn Recreation Area – wow – if you are a mountain biker in northern California, you really should check this place out. Since it was so early when I woke up, I ended my ride at just 12, so I decided to take the long way home. The long way home meant I probably went 150 miles out of way, although I always take the scenic route and based on my experience, most roads in the California aim to please.

I took route 20 due west through some amazing country, I sat down for a coffee in the town of Yuba City, roamed around Calistoga and St Helens and ended up in Napa Valley – which to my amazement was quite beautiful, I had pictured something different, but Napa Valley is super cool and the wineries look really cool too – I would have liked to go for the tasting at Hagafen Winery but since I wasn’t connected to the world, I really had no idea where it was.

I ended up turning my phone on at 6:30 so I could make some shabbos plans, also ended up in a war with my yetzer harah over whether or not I would get off the highway to go to shul, my yetzer harah told me it was a pain and my yetzer tov told me that I had to give thanks for all the beauty and fun that I had just experienced – the yetzer tov and yetzer harah compromised. I had to talk to someone at shul in person who owed me money, so I ended up at shul because of that – I guess I was kind of mad at myself for losing to the yetzer harah, because I wasn’t all about just going to shul lishma.

Finally at 8:30pm tonight I had my first real chometz when I ate a falafel in Amba in Oakland…

I should be refreshed over shabbos and will begin writing more funnies next week.

← What do you think of Public affection?
My computer is having technical difficulties and I really need a new one →

13 comments for “Two days without phone or internet or chometz”