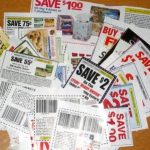 So I was under the influence last Saturday night when I had an epiphany, I’ve never had an “under the influence” related epiphany, mostly because I rarely become under any influence, besides that of a very good speaker. So I’m hanging with my Mexican Jew friend and we are talking about conversions and I think of the fact that Gerim probably cringe at the thought of Metzitzas B’peh (when the mohel sucks your blood – but it looks like other unmentionables) and I think holy crap, I should do a bunch of posts on the stuff that Jewish people like and don’t like.

As expected there was nothing about what the different sects of Jewish people like. So I decided that sometime after pesach I may devote a chunk of posts to some of the things different Jewish groups like or don’t like. I don’t want it to be too obvious, so I will try and be clever. As of now I plan on doing the following groups, BT’s, Gerim, MO, Yeshivish, Charedim, Secular Jews, Zionists, Feminists and hopefully some more, so stay tuned.

← My first days of pesach were awesome
Passover Price Gouging →