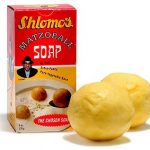 Messing with BT’s has been a Frum Satire tradition for several years now. It doesn’t get old, because you can really have a messing with BT’s post for every holiday, Jewish event or regular daily life, I even had one on the laws of shaimos. I got the idea while sitting in the kosher kitchen of the University of Albany with a table of BT friends of mine that told me it would have pretty easy for someone frum to mess with them, we all laughed and I sat down and wrote the original Messing with BT’s post – which was loved and hated by many of you, but more fun than messing with Yeshivish People. Sure some of these ideas have been recycled through the years and some of you think it’s mean spirited, but I assure you it’s all in good fun and I don’t think anyone would actually do the following things.

Messing with BT’s on Pesach:

Tell them they have to kasher their toilet bowl

Tell them that they need to buy grass fed beef, grains are assur

Tell them that they can’t go into stores selling chometz

Tell them they must burn their toothbrushes with the chometz

Convince them that eating gebroktz can lower their shidduch market value

Tell them that gasoline is chometz because it contains ethanol

Tell them they need to kasher their braces, by gargling boiling water or by sticking their face into the pot

Tell them that eruvim are assur on pesach because of all the chometz that blows into them, good thing you only need them on shabbos.

All fruits and vegetables must be certified kosher for Passover

Convince them that if shmura matzo is like non-mevushal wine, if a non-Jew looks at it it becomes chometz

28 comments for “Messing with BT’s on Pesach”