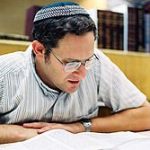 You know you’re modern orthodox if:

You brush your teeth on shabbos

You wear jeans to other places besides work

There is no assigned seat for the man of the house

You wear colored shirts on shabbos

You play ball on shabbos

You don’t dress up on chol hamoid

You look at your mail on shabbos

You don’t use frum brands of products

You have a TV

Your DVD collection is out in plain view

You do not wear a black velvet yarmulke ever

You don’t wear a yarmulke to work

You eat Vegan out

You go to the beach

You have mixed seating at weddings, brisim, shalom zachors, etc…

You have English names on your birth certificate

Lag Baomer isn’t the only time you wear shorts

You sing things to the tune of Hatikva

Your shul has an Israeli and American flag in it

People pass babies over the mechitza in your shul

You don’t know the joys of erev shabbos kugel

Your school has after school programs

Why are modern orthodox people in love with the song Acheinu?

So what really makes someone modern orthodox? You know – the philosophical reasons. I found this post that Rabbi Gil Student wrote way back in 2006 about modern orthodoxy. That’s kind of where my posts came from, he’s given me permission to reprint anything from his blog.

1. You approve of exploring some or much of general culture in order to find beauty and meaning in it (Torah im Derekh Eretz).
2. You believe that studying some or many areas of secular studies is valuable for more than just earning a living (Torah u-Madda type 1).
3. You see value in using some academic methods in the study of at least some areas of Torah (Torah u-Madda type 2).
4. You give the views of experts in any field serious consideration.
5. You believe that expertise requires serious training.
6. You encourage greater participation of women in the Jewish community.
7. Mingling of the genders, whether in educational or social contexts, is OK with you.
8. You dismiss the infallibility, omniscience and supernatural powers of rabbis.
9. You see the establishment of the State of Israel as a religiously meaningful event.
10. You think people should dress in the style of clothing they like rather than communal uniforms.

116 comments for “You know you’re modern orthodox if”