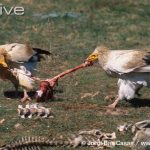 I was armed with a fork, flimsy plastic plate and a strategy before the rest of the congregants even walked through the door. I had placed myself right between the two main bowls of food, one containing a basic green salad with what looked to be like Julian sliced hearts of palm floating on top of a bed of spring mix and the other, a metal bowl filled with lightly dressed spinach and penne pasta salad that woukd turn out to look way better than it tasted.

Beyond my immediate grabbing power, but close enough to get there quickly if the children I had to mow down weren’t too large, was a plate of reismans hamentashens, which for some reasons always tasted stale. Though I think packaged hamentashen are left out to dry so they have that stale taste when you buy them, kind of like those overpriced bagged rugalech that look so good until you open the bag and try to figure out why you payed 6 bucks for them. Luckily for the kids, they were all on the other side of the table staring at this monstrous chocolate cake with happy birthday written all across which made me wonder how they would get around cutting letters on shabbos, although since the shul was modern orthodox, I doubt anyone’s shidduch market value would be reduced if some nosy shadchan had learned that they ate cake that was cut by someone who was mechalel shabbos by cutting letters, in fact I noticed that some guy had walked into shul wearing a bike helmet, proving the open mindedness of the shul.

The regular crowd shuffled in, but no old men were drinking tonic and gin, the rabbi probably made Kiddush on grape juice and I wondered if he drank rov kos, as I stuffed a stale hamentash in my mouth to be yotzei Kiddush, yes I do the whole mezonos thing to be yotzei rather than drinking a half ounce of grape juice. I went to work shoveling mounds of pasta and salad onto my plate, unfortunately the salad wasn’t dressed (very tznius though without any red veggies) I realized this too late and these people were too clean for me to dump back my uneaten salad. I shrugged and continued on my Kiddush table rampage until I was satisfied with my mound of food, which didn’t amount to much since there really wasn’t anything there.

I sat down and looked at the crowd of people waiting patiently in a single file line to grab a plate and get their food. I felt kind of homesick at that moment and I longed for the madness and rudeness of a real New York Kiddush, I longed for the anarchy and the pushing. I longed for the cholent meat scavengers armed with forks, bypassing the line and wiggling their way into the fight over the metal spoon that had fallen into the pot and had since been wrapped in paper towels, while the fork crowd dug through the pot of cholent in search of meat and potatoes.

The problem with Californians are that they are too nice, they aren’t too friendly, but they are quite nice. They never tailgate, they smile at you in Trader Joes and they don’t know how to behave at Kiddush, heck you would never think that they had just sat through shul thinking about food the whole time, I kind of wanted to show them how to really behave, how to elbow weak people out of the way and grab, but these people seemed to be enjoying themselves just fine.

I was at a hot Kiddush in Palo Alto and no one wanted to take the cholent spoon, seriously, every time someone wanted to give it up it went to the women, I was pissed but like being pulled over by some nasty cop, I just kept quiet and kept it all to myself. I wanted to tell them to hurry it up already, or to just tale the damned spoon and stop being such politically correct buffoons, but I allowed myself to calm down – although it was actually pretty good cholent.

The best thing about the nice northern Californians is driving on the freeway, everyone is so nice that it brings out the crazy New York driver in me and since I have NY plates they know to get the hell out of the way.

13 comments for “Californian Jews are too peaceful at kiddush”