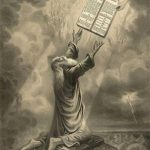 The whole concept of being off the derech bothers me because in my opinion there is no right derech, if we call those who aren’t observant or don’t follow the ways that they were brought up in we feel the need to belittle them. Oh he or she is off the derech sounds really crappy and I decided to put in my two cents on this situation.

I know some of you are already screaming blasphemy and the off the derech crowd (I use the terminology because it works best – but I don’t like it) are cheering for joy. I don’t even like the term authentic when combined with religion, religion itself has evolved so many times that we don’t even know if we are practicing the right thing anymore, hence the reason that I don’t have a hashkafa, I work on things I think are important (good thing the sages view most of these things as important too) but the second someone calls me a Torah Jew or Authentic Jew I cringe – seriously – it makes me feel that all of the other Jews out there practicing in ways foreign to the average yeshiva bochur aren’t real Jews and that is wrong.

I guess I never really learned how to be such a fundamentalist that I discard everything else as hogwash when my own religious practice is built on some pretty shaky ground and I am sick of having it proved to me from the 600,000 person revelation stuff, I believe but don’t think everyone should have to or be disregarded and treated harshly because of their varying beliefs.

152 comments for “Orthodox Judaism is not for everyone”