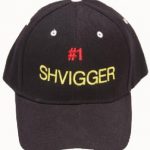 A woman was eating at her local orthodox Rabbis house this past week when the rabbi announced that they were going to sing a niggun because his shvigger liked when the boys sang at the meal. She stood up at the middle of the meal and demanded to know what he had just called her – he had no idea what she was talking about, but several of the young boys at the table couldn’t hide their laughter.

Inside sources are telling us that a complaint was filed with the ACLU and has been sent to various parties in involved in what appears to be a complete misunderstanding. Although Shvigger does indeed sound racist and is usually used a negative context it has nothing to with African Americans, it is merely the very frum way of saying “mother in law”, father in law is a shver – which actually translates as hard. While Yiddish for mother in law is Shvigger and although it is used in negative contexts such as “oh is that shvigger coming for dinner again” it is definitely not racist.

Niggun on the other hand merely means song. Once it is switched into plural it loses it’s racist tone, but unfortunately at this Friday night meal, one of the kids at the table jokingly forgetting who some of the guests were, responded to the rabbis request to sing a niggun – “what did you just call me?” at what point the poor woman got up infuriated and left the meal in a huff.

We have heard of similar cases, but nothing of this extreme. We will be bringing you updates on the story and whether or not orthodox rabbis will ban the terms shvigger and niggun.