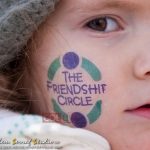 Then you have the internet pushers. The people you haven’t sent more then a LOL to via IM or facebook in the past six months, who one day message you out of the blue . . .
For a vote.

As Lubavitcher I found it particularly hard. I know the struggle the Shluchim have, their need for money and media attention (to enable said donations) to help their holy word . . . but these days it seems like everyone and their mother in law is up for an award.

First there was the girl whose magazine was up for an award. So we all voted. Why not? To help another Jew, how could you say no?

Then things were quiet.

Suddenly this past year EVERYONE has something brewing. There were the Community Heroes, all 700 Chabadniks and the odd MO rabbi or two, that need our vote. But no simple vote, we had to vote twice every day for what felt like 3 months. And when they won? It was only the first round.

Then came Friendship Circle the other month for the Chase million dollar give away. This time we didn’t have to vote everyday . . . but it seemed like everyone else wanted us to vote ever day. Suddenly friends I didn’t speak to in years were IMing me to vote. It was insanity – my Twitter stream looked like one long string of #VoteFCs and links to Rabbis rapping about special needs children.

The causes are great – but why, for G-d’s sake, must the voting be so spam like?

Now my work up for @lubavitch is up for a Shorty Award in Nonprofit – and I’ve become the nudge. Classmates, social media contacts, cousins, my shver and shvigger . . . no one is safe. So now I’ve become the pusher.

And it occurred to me – the Jewish media and j-blogsphere noted after the Community Heroes contest, that the number of Lubavitchers in the finals was a sign that we are Social Media mavens. But the truth is, we’re not – were just bigger nudges and nudniks – skills honed from our youth asking people if they’re Jewish and if they’d like to put on tefillin.
Thank G-d Satmar isn’t on the web, or we’d never be safe. Oh and would you guys mind voting in the Shortys?

6 comments for “I’m sick of voting for you”