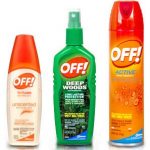 Of course, these Rabbis do realize that it is nearly impossible not to breathe, although there are stories of great Lithuanian Rabbis who were able to hold their breath for long periods of time in order not to consume any bugs, as the generations become removed from great torah centers in Lithuania, we lose our ability to hold our breath for as long as gedolim like Shimon Shkop and Chaim Volozhin could, even Rav Ahron had to come up for air once in a while, but he never consumed any bugs chas v’shalom.

In order to prevent the consumption of bugs through breathing, several ideas have been pushed forth, including genetic engineering Jewish noses to be even larger than they already are, gas masks and kosher bottled air, the third being the most realistic since it has already been done with water.

We will keep you updated as this story develops.