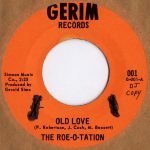 I have always been attracted to the other. I am a baal teshuva coming from a secular family, a white alum from a mostly minority college in a black neighborhood, an Ashkenazi living in a Bukharian neighborhood, a youngster in a shul of mostly seniors. So homogeneity was never for me. Put me in the middle of Idaho, and I will start complaining about the place being too white-bread.

Having reached the proper age for marriage, I tried Jewish girls, but they all seem to come with a unique type of baggage known as the Jewish mother. As the time-honored adage goes, a rottweiler knows when to let go. By definition, most gerim would be less attached to their gentile parents than natural-born Jews.

Converts also tend to be more excited about their faith than most natural-born Jews. I would like a wife who will take a strong stand for tradition, not someone who teeters on the brink of feminism and gay rights. Why should I worry that one day, my wife may rebel and throw her wig or tichel into the East River?

Earlier this week, I attended a Borough Park wedding, where hidden in the white crowd of women across the mechitza, was a black Jewish woman, and not far from her, an Asian Jew. I could imagine marrying this beautiful convert. The boring native-born wives would show off their catalog-model wigs and Shabbos robes, but my wife has her own history month, with its own cuisine, music, and poetry, that can enrich my Shabbat table. Guests will come from far and wide to taste my wife’s kosher soul food. It’s like tasting some forbidden fruit, instead of the usual cholent.

My wife will go to a bodega for food shopping, and get a discount by ordering in Spanish. She will put the Black Israelites of Times Square to shame, publicly debating them, quoting Chumash in fluent Hebrew. She will earn plenty of dough, teaching Chinese to kids at some preppy Manhattan yeshiva.

I know the rabbinate of Israel may give her problems, but I will be so proud of her. We will make aliyah, to some Samarian hilltop, living among the Bnei Menashe and Peruvian olim. The Arabs will grind their teeth in anger, seeing a convert with more rights to this land than them. And best of all, no Jewish mother-in-law busting my chops 24-7!

← Can a Matzo Cheeseburger bring you closer to God?
Personal mechitzas marketed to Charedim struggling with mile high club fantasies →