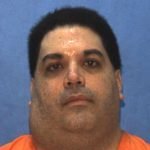 You can not go more than 10 feet in the Orthodox Jewish community without bumping into a poster or hearing an announcement about the efforts to save Martin Grossman’s life. As a member of the Orthodox Jewish community, and as someone who has spent years working on behalf of death row inmates and someone who is very much against the death penalty as practiced, this massive effort on his behalf sickens me.

I am going to break this argument down into parts so that people can follow it and then address the points I make if they so desire:

1) The death penalty as practiced in the USA is racist and ineffective. There are three main arguments that are made in favor of the death penalty: (a) that it is a deterrent against future crime, (b) that we should not have to pay to keep someone in jail for life and (c) that it fills some need in society for justice/revenge/closure. If these arguments were borne out by the reality then I would probably favor some use of the death penalty. However, many studies have shown that the death penalty has no deterrent effect and that it costs much more to execute someone than it would to keep them in prison for life. Now, advocates of the death penalty would claim that the only reason it costs so much to execute someone is because we give them so many appeals and so much procedural due process. However, we do live in a country that operates on the maxim “better ten guilty go free than one innocent get punished” and therefore it is especially appropriate when imposing the highest form of punishment which has such finality that we do everything we can to ensure that we are not punishing someone who is innocent or undeserving. In terms of the argument that this fills the need for justice, studies have shown that there is little correlation between the people who are executed and the heinous nature of their crime as compared to other similarly situated criminals. The death penalty is really just a punishment for being poor and black, not for committing the most terrible crimes.  The death penalty tends to also be used differently in different parts of the country, so the area where you go to trial is a huge factor in determining of whether or not the prosecutor will seek and get the death penalty (even on the federal level – so it goes beyond whether or not the state has the death penalty). In addition, although the Supreme Court has ruled that individuals with Mental Retardation are not eligible for the death penalty, there are many people on death row right now that arguably may fit the definition of being mentally retarded (especially once the Flynn effect is applied to the score.  For example, Martin Grossman’s score of 77 may be within the range of mental retardation, which for all intents and purposes starts at 75 once you allow for the standard error of measurement, after accounting for the Flynn effect. The court system tends to not be on the forefront of the scientific literature and research in this matter. In addition, even people who may be able to make a good case for MR based on adaptive behavior and IQ scores are  not given the chance because of procedural bars to their making a successor 2255/2254 habeas corpus petition. The standards and time lines have been tightened considerably under the AEDPA (Anti-terrorism and effective death penalty act).  Many poor convicts had little or no effective representation both at the time of trial and throughout the state and federal appeals process. Often times there was little effort made to put on an effective mitigation case until much too late, and factors which would have influenced the jury’s decision (such as possible mental illness, dysfunctional childhood, etc) are never presented to them. Racial factors are also at play in many prosecutions in the USA. The end result is that people with resources and white people will often manage to avoid getting the death penalty even if their crimes were much more heinous and deserving of the ultimate punishment. Does a system that works in such a manner serve the need for justice and retribution? This is why people like Alan Dershowitz, who has made statements which are quoted on all the Martin Grossman advocacy websites, are so against the death penalty.

2) Therefore, any Jewish person should be anti-death penalty and should advocate and work to prevent any and all executions. So why do I think its gross that all this effort is put forth for someone who seems to present a good case for clemency? Because it is just another situation where Jewish people seem to think that the rules and regulations which are good enough for the rest of the world should not be applied to them. Martin Grossman is not being helped because he is the most deserving but because he is Jewish. I know of many poor black people on death row who are more deserving of help. Will all of these Jewish people donate money and work to save them? No they wont. Because, at the risk of being incredibly offensive “who cares about a schvartzah that killed some people – let them fry”. This is the attitude that I usually get in shuls and yeshivos when I discuss the death penalty. But, Martin Grossman is a Jew. And Jews don’t deserve to get the death penalty! I think that the massive mobilization on his behalf is viewed by the public as a chillul hashem and a desire for special treatment and will backfire. And when he is executed, as he unfortunately probably will be, all of these Jewish people will move on and not pay any attention to the injustice that the death penalty represents in this country.

Now, I know that many Jewish people will try to argue that this case is somehow unique or that we have a special obligation to help our own. I will attribute the first of those arguments to the fundamental attribution error – when Jews steal, when Jews are caught in Japan smuggling drugs, when frum people sell kidneys or otherwise commit fraud, all the advocates come out of the woodwork and proclaim innocence, mitigating factors, naivety, etc. When non-jews commit such crimes there is little sympathy for them in the Orthodox Community and people tend to attribute their bad behavior to fault of their own. As far as the special obligation to help our own – I agree, but you need to pick your battles. There are many people suffering and I do not believe that we should be raising money and advocating and irking the general public for something like this (or, even worse, the criminal actions of the Rubashkin family).

We live in a country with a great, albeit imperfect, justice system. We live in a country that affords us more protections, more rights and more respect than almost any other country in the history of the world. There are issues that can be worked on and areas that can be improved, but I suggest that we focus on out internal behaviors and internal flaws and direct community money and efforts in that direction. I also suggest that when we attempt to work on greater problems in society, like the injustice of the death penalty, we don’t do it as Jews but as American citizens who happen to be Jewish. This will be much more effective and will not raise the spectre of undue influence and disparate treatment.