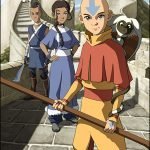 As the first month of 2010 approaches its end, the bar for epic films this year has been set high by Avatar, the outer space science fiction flick directed by James Cameron.

On the face of it, the film is a battle between heavily militarized humans and nature-worshiping natives, and a number of prominent moviegoers took this to heart.

Bolivian president Evo Morales, a Native American critical of U.S. foreign policy, praised the film’s “resistance to capitalism and the struggle for the defense of nature.” On the other hand, the notion of a white American warrior joining the opposing side has also earned Avatar comparisons to Pocahontas, Dances With Wolves and The Last Samurai.

But as an observant Jew, I kept my eyes open for even the slightest hints of my own tribe’s representation. And Cameron did not disappoint. For starters, the native race is the Na’vi (Hebrew for prophet), who have the power to communicate with their deity (sounds like Mother Earth, but it’s monotheistic)

The two-and-a-half hour-long flick showed protagonist Jake Sully living amongst the Na’vi, which ultimately resulted in him becoming a native, not only in mind, but also in spirit. Judaism treats its converts much the same, where the convert is regarded as a child of Abraham, no longer tied to the previous nationality.

As Jake slaughters a beast, he utters a prayer of thanksgiving, which is something our shohets do, and something we do after wolfing down a steak.

But the natives, with their well-designed belief system and lifestyle were no match against the flying human armada, as it bombarded their holy Tree of Voices to smithereens. This scene brings to mind the Roman siege of Jerusalem in 70 CE. The painful wails of the Na’vi could easily have been those of the Judeans, as they watched their holiest site engulfed in flames.

But like the Na’vi, the Jews recovered, defeating mighty empires, while shuckling back and forth in prayer. As an observant Jew, I communicate with my Creator on a daily basis, and my tribe gathers regularly to read the same laws that were read in the Holy Temple.

Taking a walk through Midtown Manhattan, I see smokers outside every doorway, using tobacco to relieve their stress, before they scurry back to their offices. I draw on my tribe’s bond with our Creator, and our true goals of building strong Jewish families and perfecting the world, as a bulwark against depression and stress.

14 comments for “The Na’vi Makes a Prophecy: Judaism in Avatar”