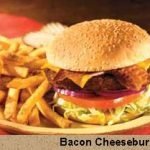 I heard there’s a lot of hullabaloo around here about why people “go off the derech”, and anger, and backgrounds, and all kinds of naarishkeit.

Fine. Do what you’ve got to do.

Now, normally, I’d stay out of this kind of thing- but I was talking to Heshy the other day, trying to convince him that he needs me to cooperate with him on a certain project, and he asked me if I wanted to write a piece about why I went off the derech. So of course I said yes.

It’s just that it sounds so juvenile- “off the derech”. I’m not sure I’ve heard that term used on anybody over the age of twenty. Nobody says it about me except for Heshy, and he only does it because he needs to slap a label on everybody. Kids go off the derech, not adults. Adults are free to make their own choices without some condescending putz leaning over their shoulder, reminding them that there is a derech in the first place. Right?

So it’s understandable why mature people who have worked hard to arrive at their philosophical conclusions take offense at being compared to rebellious teenagers who want to try Burger King. Of course, I’d have distanced myself from the “off the derech” terminology long ago, but that’s just me.

Having said that, let me get to my main point: I don’t know why anyone wouldn’t go off the derech. The perks are fucking incredible, if you do it right. The thing is, you can’t go too far. If you go too far, you’ll just be a regular sheigetz, and that’s no fun either. You have to go just far enough, and if you’re not full of angst and spite and all those other turbulent teen-agey emotions, you might land somewhere near me. I grew up yeshivish, and so I culturally identify as a frum Jew. Who cares if I don’t believe? My drivers license has the Jewiest name around, and I wouldn’t change it for anything. I live smack in the middle of one of the biggest frum communities in the country. Gevaltig!

Alright, I’m an apikorus, big deal. Ninety percent of the frum people I know are sensible enough not to hold that against me. “Why are you doing this,” they’ll ask me, “it’s because you want to go eat bacon and shrimps?” Frum people always call them “shrimps”. And they always act surprised when I tell them that I don’t eat bacon or shrimps. I’ll eat a shtikele milchig treif, maybe, but nothing hardcore. Odds are, some of the families at the local Young Israel do the same thing.

Of course, you and I both know that eating milchig treif is probably just as bad as eating bacon and shrimps- if not because the cheese contains rennet, then because the keilim are treif, and the same pan that’s used for the bacon is used for your pasta. I guess it could be argued that the bacon is batul b’shishim, but really, you don’t have to be in the restaurant in the first place, so that might be a stretch.

Oh, here’s another one they ask me: “What, so you want to go out to the club on Friday night? Is that what this is about?” I don’t go to the club on Friday night. I don’t go anywhere. I love Shabbos. Most of the time my friends and I have nice, big, leisurely meals, get drunk, and play some sort of board or card games. The only difference is that I can write down my scrabble score instead of using the pages of a book like a schmuck. I can also find out playoff scores on Shabbos, surf the internet, or watch a movie on those never-ending summer afternoons. But go to the club? Never. It’s not Shabbosdik.

So the frummies think I have some sort of pintele Yid.

The main thing is that I can do whatever I want to, and they still love me. They’re convinced I have potential. And you know what? They’re the greatest people I know. I get free Shabbos meals, and people fawn over me, and listen to what I have to say- they even listen to my kefirah if I do it respectfully enough- and when I make a good point, they nod, and then continue to try and make a kiddush Hashem, hoping that their hashpa’ah will cause me to eventually be chozer b’teshuva.

Keep up the good work, guys- I can’t say it’s not working!

And here’s the kicker- I’m sending my kids to yeshiva. And not just any yeshivos, but good ones. They don’t have to go to Philly- but Scranton would be fabulous. Such menschen come out of that place.

Look- if you haven’t figured it out by now, I’m not angry. Never was. If you’re going off the derech because you’re angry, you’re making a mistake, because you probably still believe.

Now, I’m not gonna expound on the dozens of scientific and sociological facts that nudged me towards my apikorsus. I’m just going to tell you that I find it all a little hard to believe- you know, the miracles, and wonders, and prophecies and all. And if you want to go ahead and believe that, gezunter heit.

I’m the kind of guy who’s probably gonna make peace with the Palestinians in the end (sorry to stir up that pot), and I’ll keep on having my cake and eating it too over here on the periphery of the frum community, and I’ll probably find the perfect Beis Yaakov girl who’s just going off the derech, and we’ll raise a bayis ne’eman b’Yisrael, and we’ll send our kids to yeshiva, and she won’t refuse me blowjobs because she won’t be afraid of spilling seed. And for now, I’ll just keep on taking you guys up on those generous Shabbos invitations.

So, to sum up: going off the derech = free food.

You know, I kind of like the term “going off the derech”. I think I might start using it more often.

← Srugim: Imagine a Jewish Sex and the City
Jewish Ethics and the Internet: This Thursday at Twitter headquarters →