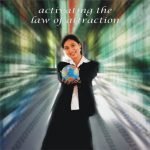 One of my biggest problems with shidduch dating is the issue of attraction. Guys who go on shidduch dates tend to reject girls after one or two dates because they aren’t attracted to the girl, IE they didn’t find them hot enough to think about marrying. I have heard many guys say that the only thing that gets the girl a second date is if she is hot or not, and this is where my serious issues come in.

You see, I am a firm believer that attraction isn’t an instant thing and that looks can be deceiving. I am a firm believer in letting things take time, but in the world of shidduch dating, time it seems, doesn’t exist. Everything seems rushed, and since everything is focused on the end results, people tend to be thinking about the things about the person they could never live with.

In normal a non shidduch dating atmosphere, things seem to stew a bit longer. People aren’t being asked after the third date if they think this could be the one. People can focus on actually getting to know the person, rather than thinking about what’s next and with regards to attraction – I know that if I were to hang out with a girl I didn’t necessarily find attractive, I can definitely become attracted to her.

The problem with shidduch dating is that you rarely become attracted to someone, because the dating is all for marriage, which gives you no time to hang out without pressure. I have no idea if this pertains to all of you, but since I find myself becoming attracted to girls I don’t necessarily find appealing in the first place, it is an issues for me.