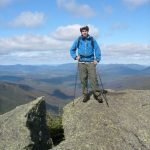 There is a little discussion going on over at Off The Derech’s blog about me and who I am. The author of the blog is mad that I referred to off the derech folks as angry (I indicated that I find that many of them are angry at the system – hence, one of the key reasons they went off the derech) in a post I wrote about Boulder Colorado. A  lot of people have it wrong so I felt the need to explain to everyone where exactly I come from and how I grew up. While I am sure some of you think you can judge me and my roots,  even I have no idea how to really categorize myself or my background. This may act as a shortened biographical essay and an attempt to respond to those who wrongly categorize me and for all who read this to understand the context of my writing.

I grew up on the Upper West Side, but, unlike many of the folks that grew up there, my life was not one of privilege. In fact, I would venture to say that we were upper lower class, or lower middle class based on the fact that I never got an allowance, heard my father constantly groaning about not being able to afford things and hearing him say say he would be using some my bar mitzvah presents to pay the caterer. I got a total of $2700 for my bar mitzvah, the highest of any check being $125 and my grandmother from my mom’s side gave me $36 – while the rest of the people I knew were getting in the tens of thousands. It seemed like we were the only people in my neighborhood that couldn’t afford name brand items so we went to places like Conway or random stores in Boro Park.

The reason we lived on the Upper West Side was that we bought the apartment 25 years before the real estate boom of New York City. A reason shared by many people who live in neighborhoods like the UWS and Park Slope in Brooklyn but cannot afford them. I learned early on to be a frugal shopper and what the words “we can’t afford” truly meant.

I paid for all of my own schooling, cars, insurance, health insurance, rent etc…as did my brother.

My mom died when I was 6. They do say that most comedians suffer traumatic event in their youth. I also had a terrible stuttering problem, and a Yiddish name. I went to Manhattan Day School for most of my elementary school career but did brief stints at Bruers, Yeshiva Katannah of Manhattan and Providence Hebrew Day School. I was made fun of during most of my youth. I also hung out with the other bad kids from broken homes, and none of them were religious. I felt like the most religious kid in the world, because we went to shul every shabbos and holiday.

My elementary school education is directly inverse to my family’s religious practice. As stated above, I started out in Breuers, than Yeshiva Katannah, MDS and finally Providence Hebrew Day School – and while each of these schools were less religious than the one before it, my family became increasingly more religious in the years after my mom died. My father started going to shul every day and taking us with him. We stopped eating out at non-kosher places in the city and we began to watch fewer cartoons on Saturday morning.

My brother and I went to coed camps and were never forbidden from bringing girls over or anything in that department. My father was always very anti-separate seating at events like weddings and bar mitzvahs, always ranting about how it was back in the alter heim of Boro Park in the 40s.

Even though we ate non-kosher and watched TV on shabbos, we always considered ourselves religious. Even as late as 11th grade, I remember driving with my dad up to yeshiva in Rochester and always stopping at this Italian Place we liked in Corning. We only ate milchig there but in my old age I have come to realize that treife French onion soup is most likely has a meat base and pasta sauce usually has meat ground into it. Keep in mind that the irony of the fact that this tradition of ours took place as we were en route to dropping me off at a black hat yeshiva is not lost on me.

I got to watch Saturday morning cartoons. I always remember watching the Smurfs, eating challah with butter and then going to shul. I cannot recall if my father watched TV on shabbos, but on shabbos afternoon when he was learning b’chavrusa, we used to watch Knight Rider, A-Team and Baywatch. I remember wondering what we would do all yuntiff at my cousins homes if we couldn’t watch TV or use electricity.

My father was always an old fashioned one so certain things stuck. We never went to the movies as kids and he instilled in us a love of the outdoors and disdain for television and pop culture in general. My father is the type of guy who takes the scenic route without telling you and makes random stops to look at historic markers — my brother and I are both built the same way. Neither of us owns a TV, watches movies or likes to do indoor activities.

Of course while we weren’t that religious for orthodox people in general, for my neighborhood, we were super religious. Almost all of my friends’ families didn’t do much in the way of shabbos or holidays. But my father forced us to be in shul at certain times, wear tzitzis, put on tefillin — all of that good stuff that kids hate to do. He did run a ” this way or the highway kingdom” but it didn’t lead us to reject what he was selling – we just didn’t start questioning his iron fist until we moved out.

My father’s side of the family is frum all the way back, despite some folks’ presumptions that my parents were BTs. All of his siblings are frum to some degree with his sisters being charedi. We have a very large family and we are direct descendants from Rav Shlomo Ganzfried – so we even rock some yichus.

My mother’s side is a bit more complex. While she grew up religious and attended Bais Yakaov of Detroit, most of  her side of the family is only mildly affiliated. They grew up religious and went their own ways. Like my father’s side, they are all pretty conservative when it comes to politics. Unfortunately, I am not so close with my mom’s side since they mostly live in Michigan. I remember those Styrofoam heads for sheitles when I was a kid, but all of the pictures of me with my mother have her looking like a woman without any of the frum effects.

Are you beginning to understand that my background is a bit strange and doesn’t allow for quick judgments?

Since high school I have always been outspoken. It comes from my father – he is extremely outspoken and couldn’t care less what anyone thinks about him. He’s happy, as long as he has some good Scotch and a gemara. I’m the same – except I need some wooded trail and my bike. We are both easy to please and get along with most crowds.

In high school, I was a good kid. I started getting into spending time alone in the woods and extreme sports and reading. I prided myself on being able to carry on full fledged discussions with adults and having friends much older than me. Besides for having porn – because, let’s face it, JC Penny underwear ads just wont do – I wasn’t too bad in high school. I didn’t do drugs, never smoked a cigarette (still haven’t) and didn’t go to movies. I also showed up on time every day to shachris and wasn’t too into drinking. I wasn’t into my schoolwork and didn’t do well in the hard sciences but I excelled in social sciences and particularly loved economics, history and geography. I wasn’t much of a writer and I hated the thought of public speaking. Prior to high school, I didn’t speak much due to my stuttering problem and I was a terrible student.

Hashkafically, I was never my own person until I broke out of the bubble of yeshiva, though that didn’t happen until I left Rochester and realized that there were more than orthodox Jews out there. I lived with a BT for many years, and several of my best friends in college weren’t Jewish. But it was different being around Jews of all affiliations and opinions.

I am a skeptical cynic, or a cynical skeptic — but, then again, which thinking individual isn’t? So while I maintain my practices to a certain degree I am always trying to figure out exactly what I believe. I have become much more liberal and accepting over the years. I never thought of reform or pluralistic Jews as lesser Jews, but I definitely thought they were wrong and on their way to hell. In my mind, there is no true right way to practice. Everyone has a way and the beauty of Judaism is that everything is gray – there really isn’t black and white.

I started my blog because I had started to enjoy the outlet of writing and it felt cool to have it online – you read the story about that here and there on the site. I think a lot of people don’t really understand me, but humorists are rarely understood. My judgments are all for fun – I sit around and observe and try and figure people out – but, I would never take those judgments into my interpersonal relationships with those people. I don’t talk to someone and treat them a certain way because of who they are. Everyone is treated equally.  As a humorist and conversation starter, I write to provoke thought. If I just wanted to offend, it would be too easy.

There is no way I can please everyone. I learned that a long time ago. No matter what I write, someone will think it’s funny, offensive, terrible, loshon horah, true, false, etc…

Sure, some people think I’m angry but the truth is it’s very hard to get me angry and the people who know and love me think that is one of my virtues. Of course, you may get angry at things I write and that’s fine – I want you to discuss these things. Those of you that are longtime readers understand how I work; I write things for laughs or for discussion – and sometimes to be simply be informative.

← Shidduch dating poses problems when it comes to attraction
The Mission Minyan: If Orthodox and Egalitarian were possible →