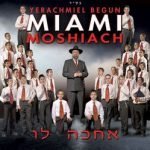 Why is it that every time something bad happens, people start to talk about moshiach being on the way?

I always thought that moshaich is going to come at his or her prescribed time and no one can really do anything about it. Some believe he came 300 years ago, others believe he came in 1994 (which has always made me wonder why Chabadnicks that believe the Rebbe is moshiach always sing “we want moshiach now” if he’s already here), then you have the skeptics who think that the moshiach concept was created so people could have something to look forward to, every time they thought the world was coming to an end.

I also think that if he came, issues would arise, because there is no way on earth that Chassidim think a misnaged is going to be moshiach and visa versa, can you imagine if moshiach is revealed and he wears a kipah srugah, talk about Charedi rioting. What if moshiach comes and it’s a woman, or a woman who had a sex change before he became frum. I can only imagine the craziness that would break out and hence I don’t think moshiach is going to come anytime soon.

Can you imagine if moshiach wasn’t even religious? Does it say anywhere that moshiach has to be religious or orthodox? There are plenty of Jews that do really good things that aren’t religious at all – I know that when moshiach comes people are going to argue about it.

61 comments for “What if moshiach were modern orthodox?”