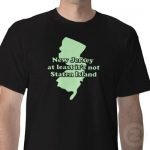 Reading your blogs has given me confidence that you may be able to help in our logistical dilemma of where the hell we are supposed to be normal frum Jews amongst communities filled with such difficult, boring and materialistic people.

My husband ffb and myself more bt (but more ffb in spirit) are originally from England and moved to Cherry Hill, S Jersey then we moved a little further south to Highland Park, NJ. We are so perplexed as to where the Jews with some personality go as to us it seems that they are far and few between. We just want to find a community with at least a handful of young people who are normal and have some personality – that is that they can talk about something other than their blackberries or whether the whiskey is blended and can have a laugh here or there.

We were thinking of Monsey – but now after reading your blogs we are not too sure – were there any black suede, non-hat wearing people or women that semi-covered their hair/ or not at all in the vicinity or in the surrounding areas that seemed potentially interesting? Or are all Jews in America so painfully boring – please shed light on our dilemma.

One of the first things that comes to mind when I think of Jewish communities in New Jersey is materialism, you should have researched your choices better – although the people I have met from both Cherry Hill and Highland Park were neither materialistic nor uninteresting (relative – because to me 99% of the population is boring – sucks being super cool like me) But materialism is something that pervades much of the east coast, Jews and non-Jews included.

You bring up good points but they are very vague, I think that when you say “interesting” it doesn’t really mean anything – since whether or not someone is interesting is all relative. I myself have found plenty of interesting people in the New York metro area.  Reading my blogs doesn’t really shed much light since I am a cynical judgmental snobbish dude who find most people boring – I would probably find you boring as well, no offense of course.

In my mind when someone says they want “normal” people, I think normal people are uninteresting. Normal is boring, but what on earth is normal and what on earth is interesting. I myself like smaller Jewish communities, especially if they lack kosher restaurants, because that keeps large community types from overrunning your city.

With all of that said, I have found that the most interesting Jews in the New York area live on the Upper West Side of Manhattan, Park Slope and Brooklyn Heights in Brooklyn and West Orange in New Jersey. If you want to look at the larger picture – the most warm and friendly medium sized communities I have stayed in were Denver, Minneapolis, St. Louis and Dallas.

← When did healthcare become a right?
Martin Luther King “I have a dream” speech – full version →

72 comments for “Letter to the editor: We live in NJ but the Jews are so boring and materialistic”