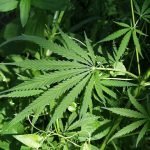 New Jersey legalized Medicinal Marijuana yesterday and these two comments sound like something from the Cold War era.

“Obama, Gov. Corzine and the communist democrats want America’s youth to smoke drugs and collect welfare and rely on government for their food stamps, section 8 house and welfare money. The USA is going to go to trash because of these corrupt sick politicians. May HKBH save us from these sick sick communist corruptors.”

I wonder if that commenter realizes that many ultra orthodox Jews rely on the same government programs he mentioned for help. I also wonder if he realizes that every time the government wants to cut some sort of public funding, whether it be school bussing or longer hours for public libraries, the Jews always make a big stink about it if it affects them?

Sounds like a line straight out of Glen Beck or Rush. It’s kind of funny because I always thought the Republicans were the one’s who wanted less government, and legalizing something seems like taking it out of the government’s hands and bringing it to the people.