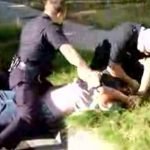 Every few months someone decides to make a fake shidduch video and post it on You Tube, and most of the time I post them here for you to see how some people are trying to combat the stupidity involved in shidduchim.

The judgements, the stereotypes, the hotel lobby’s – all that good stuff – and the people trying so desperately to make fun of it. Then, like clockwork, since this is the third time this has happened – I get an email or some sort of message asking me to remove the video because they are scared they won’t get a shidduch.

You put your damned video on You Tube, the nerve you have to request me or anyone else to take it down. Why don’t you take it down yourself?

The latest person to request this made that terrible video titled Shidduch Date Gone Bad, which is supposed to be making fun of shidduchim and shouldn’t be made by someone that is of the type that cares what people think – it’s on You Tube for Godsake!

You see if the person really meant this, they themselves should remove the video – so it’s more the prinicple that I am pissed off about. But requesting me to remove something that you posted, because it may hurt her shidduch just pisses me off.

Once in a while I have to vent…

Updated 1/12/10 Turns out the guy who put the video up got the email and I misread his email, which really did sound like he was asking me to take the video down. My appologies.