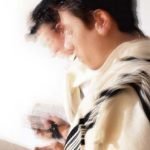 I missed ya’ale vayavo during one of my shmona esrei’s this past rosh chodesh and I didn’t bother repeating it, I, or rather my yetzer harah took over the justification aspect of the issue and started saying to myself that God would still accept my prayers and so on. I then started wondering about whether or not people who miss ya’ale vayavo actually repeat shmona esrei, I don’t think I ever have, it’s really such a pain.

Then that got me thinking of all the other davening related pains, like missing hamelech hakadosh during the ten days of repentance and forgetting to bench. I am the type that goes to bed and then wakes up with the debate in my head whether or not it’s worth it to jump out of bed and say maariv, many a time I have said a ghetto maariv in bed that consisted of a half asleep shema and some dozing lying in bed shmona esrei, kind of like when I’m driving in the car and it’s time for mincha, oy do I really have to get out? Wny don’t I just rock it old school while I’m driving, I will probably have more kavannah anyway.

I am one of those people that washes in pizza stores, the whole mezonos heter for pizza just doesn’t sit well with me, but I never seem to remember to bench. Funny thing is, I remember to say most of brachos, I may even get the 100 brachos a day thing, but since I haven’t known any of the after brachos besides benching by heart since I became runner up in the second grade brachos bee.

Like so many folks who daven by themselves, I make up davening for myself, I have own abridged version, I say some prayers I like and omit those that take too long, like things that include any long hauls of Aramaic. The problem with davening alone is that when it comes time for extra prayers you always forget them or say them but omit other stuff. Like Hallel, I have no idea how anyone could say Hallel on Yom Haatzmaut, I want davening to be shorter and I am not idealistic or Zionistic enough to lengthen the prayers, but when Hallel needs to be said I always tell myself I will say it later and never remember until it’s time for mincha and then my yetzer harah always kicks in and says “dude it’s way too late to say hallel” my yetzer harah is very learned apparently.

← Yeshiva Memories: Sports
What are you doing for Christmas? →

19 comments for “Do you repeat shmona esrei when you miss ya’ale v’yavo?”