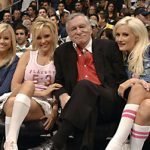 The State Senate has introduced the controversial Same Age Marriage Bill today, in order to curb what the media has termed as the, “rampant singles crisis.” According to State Senator Sheldon Golder, the “rampant singles crisis” is responsible for housing shortages in New York City, the unauthorized-two-bedrooms-made-from-one issue in neighborhoods like the Upper West Side and Washington Heights, as well as the rapidly decreasing population of eligible young men.

According an unscientific poll conducted by Yeshivish World Blog (YWB), a whopping 14% of girls between the ages of 24 and 29 are still single. According to Justin Feinstein of the Galloping Polling Agency, the YWB study contains several major flaws. “In order to push their agenda on the State Senate, YWB excluded from the study the fact that 12.6% of men in comparable age brackets from comparable schools are still single.” That would mean that while 14% of girls are single, the so called “Age Gap Theory” is completely false because these girls can be matched up with the guys – and only 1.4% of the girls will remain single throughout their lives. HUH?

The Yeshivish World Blog editor could not be reached for comment, but other sources tell us that since there exists no uniform yeshiva system like Bais Yaakov, no true study of the boys could actually be done.

According to the Galloping Poll Agency, the Age Gap Theory was signed into law by 70 Rabbis and dignitaries who openly admitted that they had no solution, but that by agreeing on the cause they could get paid for speaking engagements on the subject. Apparently there is no rush to find a solution because solutions tend to make matters worse for all those involved. One matchmaker told us that she would be out of a job if they would solve this rampant singles crisis (or shidduch crisis, as the more popular term). Indeed the dating dotcom bubble has yet to burst because of the crisis, many internet dating sites, singles event planners and Rabbis have told us that they would be unlikely to favor any crisis solutions because it “had serious negative effects” on their business models.

Will the Rabbis listen to the community pleas and start with telling their own daughters to marry boys of the same age? Not one of the Rabbis we asked could tell us if they would practice what they preach. We spoke caught up with Rabbi Frummer who told us that if these Rabbis really wanted anything to happen they should set an example. “You think that anyone wants to be the first to experiment with this age gap thing?”

Justin Feinberg is dismayed. He says “Quite frankly, I am shocked at the selfishness of the community activists; I have witnessed similar opinions in other communities. I would be as so bold to compare it to extended period of time it has taken the U.S. to go green – why would they want to find a solution to something like oil and coal that had/has been filling their pockets for years?”

Katlyn Krinsky is a professional matchmaker with years under her belt. Ms. Krinsky simply feels that people are failing to see the bigger picture. She told FS-News that “the age gap theory works for so many people because excuses are required. They simply cannot admit that young folks are waiting longer to marry for a variety of other reasons. This is not the Jewish community alone; we see it in every community. We need to educate people, that in dating – 30 is the new 20 and so on.” Katlyn did admit that finding a solution to the rampant singles crisis would put a damper on business, but that it was about time for her to retire anyway. In fact, she blames the massive influx of inexperienced shadchanim on the crisis which has upped the hatred for people in her field because singles are frustrated at the lack of results. A vicious cycle, if you will.

Many on the right are opposed to the bill because it sounds almost exactly like the Same Sex Marriage Bill that recently failed to pass the senate. “So they want to be sneaky and control our lives in other ways,” said Billy Bong-hit at a recent rally against the Age Equality Marriage Bill, “first they tell us which age to marry and suddenly people are marrying their dogs. I don’t like it one bit and it’s bringing this country down. Liberalism is a mental disorder I tell ya!”

Although the Same Age Marriage Bill is expected to pass the Senate later this week, the Governor has not decided whether he will sign it into law. Other proposals have included, genetically engineering the population so there are more boys than girls, forcing all singles over the age of 23 to attend a marriage camp and shipping excess girls to countries like Norway where there is a shortage of single girls. It seems that the Same Age Marriage Bill is the least intrusive and easiest way to combat the age gap that is plaguing our society.