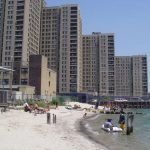 For the first time in moths I stayed in Far Rockaway for shabbos, I figure I live there so I don’t have to put myself through the agony of a shabbos in Far Rockaway. I say agony because the shuls and people are not my cup of tea, my father agrees but he’s stuck. The only way I can agree to stay home is if Rabbi Groener is having shabbos or I am not going to be here for a while, this weekend it was both.

I figured since I am moving to Berkeley California (surprise!) for a few months I would hang out with my dad for shabbos and suffer through the thing and to tell the truth it wasn’t so much suffering as I thought. First of all, I got to try out my new professor sport coat, I found a tweed jacket with leather patches sewn onto the elbows at a Marshals Clearance rack and I have been wanting to rock it with some corduroys, don’t worry I am not turning into a metro sexual, but still once in a while I like to try something new, I even wore a sweater instead of a shirt and felt so academic, the only thing missing was the pipe.

Wait you’re moving? What? Where did that come from?

The story goes as follows, I was originally going to move out after Pesach, but I got a really good job in New York, so begrudgingly I moved to New York and hated it immensely and so in August I thought of moving again, but by then things were going good with this girl I had met in May so I called it off – but now the girl has to finish school and I have to get out of New York for a bit before I decide to get a real job and hence Berkeley was a sweet deal, and besides for all the biking, hiking, skiing and craziness that goes on in Northern California, I have heard that the Jews there rock.

Anyway, I decided today as I browsed through the White Shil library that I really like their shul. To me shul is a social thing, I go and daven, it feels good to daven with a minyan even though davening with people causes my kavannah to be about 10% of normal due to all the material I can garner by spacing out, not to mention the ladies in the balcony, which is problematic in the White Shul because they are made into silhouettes by the sunlight.

I went in and davened, the hallel was a painfully slow depressing yeshivish style. You know you’re in for a yeshivish davening when the chazzan picks a tune and everyone hums along instead of singing the words. It was a most terrible hallel, to me the generic songs should be said in hallel because how often do people get to sing hallel, especially with the rushed minyan factory weekday style that most working people favor.

Most people including myself don’t connect via davening in or out of shul, but I still feel like Judaism isn’t necessarily about having random bouts of insane connection, as loner as I am, I really enjoy the social and communal aspects of it.

The White Shul is the perfect example of a once modern orthodox shul that is moving quickly to the right. The gray haired men of the shul are modern orthodox and the young married people are all of the medium sized black velvet yarmulke type, not necessarally yeshivish, but more to the right than their predecessors. The Rabbi of the shul is well liked and when he followed the torahs and shook everyone’s hand I noticed that he gave a firm grip, looked in your eyes and smiled leading me to believe that he was either a Baal Teshuva or from out of town – of which I was wrong on both accounts. I didn’t see him again, because I usually leave shul right after they take out the torah – especially in a shul such as this that allows for folks to walk around.

I found the Jewish Star, which in my opinion is the only good free Jewish publication, it just feels like a real paper, and doesn’t seem to crazy, although politically it is quite right wing. Then I discovered the small library which reminded me of libraries in conservative and reform shuls because of its diverse array of books that no one has touched in 50 years.

I found the Psychohistory of Women in Judaism, Making a case for Mechitzas from the 1950’s a bunch of Gadol biographies and all of Hirsch’s works. There was also a lot of Jewish history, Israeli history and Holocaust type of books and that is not including all of the mussar and general torah related books. I sat down and soon afterward my father joined me and he went into a tirade about the term Heimish and how it is used out of context and so on. Someone else joined in, but not before he asked for our family name – that seems to be the new way of civil Jewish Geography, people don’t just ask “nu what’s your name?” This week I have been asked no less than 3 times what my family name is.

Either way, the conversation progressed into gedolim and I was talking about all the gadol biographies I have been reading lately. All of them written by artscroll and titled “The Life and Times of Hagaon Harav….” Are exactly the same book except for the one about Yaakov Kaminetzsky which actually relates that he was a normal man and not this God, which most of those books aim to do. This is the case because it was originally written by the guy who wrote the book Making of a Gadol which was banned and burned because it showed great Rabbis as normal people too. I find this all ridiculous because making Rabbis seem like regular individuals has a such a greater effect on people because it makes us believe we can attain such heights ourselves.

Then my father went into a tirade, he is known for his screaming and yelling about the failed state of the frum community – where do you think I get it? This time it was about how he only considers a few people of late to be “real” roshei yeshiva, and that most of them couldn’t go up against the Rabbis of his youth – we all know that. This dude who was hanging out in the room got the old man to talk about his yeshiva years, in which everyone always ooh and ahs that he heard shiur from Rav Ahron and got to be buds with some of the most famous Rabbis of today.

God was shining down on me because there was a big hot Kiddush this shabbos sponsored by the Russian Minyan. I wouldn’t call the Kiddush good, but it was good because I haven’t been witness to a New York Kiddush in quite some time and people really went crazy. Shomer Negiah laws went out the window as the cholent came out and I noticed that one hocker guy was very frustrated and demanded everyone clear a path for the guy bringing the cholent. Suddenly it was down and everyone’s hand was out for the spoon, I grabbed the kishke spoon which was worthless as a kishke holder and took a heaping glob of cholent and stood back to watch the melee.

The potato kugel was being picked at by a million forks and kids were shoved out of the way by adults heading to the cholent. My Kiddush ideals have changed in recent years, I like to watch more than eat, mostly because the food isn’t really that good. The cakes at this Kiddush were stale and being that I don’t like booze the only really good things was the cholent and luction kugel.

Friday night – this didn’t really fit in with the rest of the post so it is placed down here:

Unlike Israelis who have tried and true definitions to describe and classify people, we don’t. I know everyone hates stereotypes and judging people but it’s a neccessity in order to have something to talk about at the shabbos table, perpetuate the shidduch crisis and keep up withour daily sinas chinam. So you have people who consider themselves modern but by most standards would be yeshivisha nd visa versa.

93 comments for “Shabbos in Far Rockaway: The White Shul”