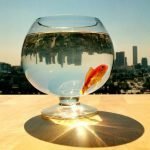 I am sure there are more bans that never made it, but this is just a short list that I could come up with….

Fish: Several years ago when it was discovered that water was unkosher because of the bugs it contained, some Rabbis proposed that fish be banned as well. The argument for banning fish was because since fish were in the water they would be eating bugs and constantly be in contact with bugs and this should be assur. Apparently the ban sounded so ridiculous it was thrown out, but not before a heated debate that even brought up such issues as breathing air which may contain bugs.

Sheitles: After the Indian hair sheitle crisis, several askanim told some gedolim that many frum women worship their very expensive sheitles and that this was in fact worse than the indirect avodah zara of the folks in India. The idea was that these women paid more attention to their sheitles than they did to God or their husbands, and in turn their husbands paid attention to other women’s sheitles and that the simplest thing to do was ban them. But this created problems for all of the borderline orthodox women who only wore a sheitle in the first place because it looked like the real thing and that they didn’t think sheitles were God, they thought of them as extensions of God.

Vegetables: Since they have banned practically every good vegetable it was argued that all of them should be banned, lest someone pick up the lettuce that was not triple washed. It was thought as something akin to not blowing shofar on shabbos because you come to carry it to shul. Vegetables are one of those things that frum Jews rarely eat anyway, so why not keep them safe from bug infestations and ban the whole lot?

Miami: There was talk of a ban on Miami, because its so blatantly untznius, but it never took off. Besides for several bloggers picking up the story, it never got past the blogging world which means it never really took off. I felt that frum people could be as frum as they wanted but once they started messing with their Pesach plans they got really pissed off.

Stairs: At some point in the mid 90’s a ban of women walking up and down stairs in public was proposed. It stated that when women walked up and down stairs it allowed for views of their ankles and that as their skirts tightened it revealed that they had certain features which they had tried so hard to cover up.

Restaurants: As early as 1963 there have been restaurant bans proposed. The two reasons put forth were because they allow for mixing of the sexes and they allow women be lax in their kitchen practice. One Rabbi in 1987 was quoted as saying “It’s not even whether or not she cooks well, but whether or not she leaves the kitchen” The mixing of the sexes is the other huge deal and already Kasharus agencies have threatening certain establishments with fines and hechsher removal if they would not close during key hangout times like Saturday and Thursday nights.

Fancy weddings: I remember that fancy weddings were one of the rally cries of the frummies disgust with people who work for a living. They were so pissed off they got gedolim to sign letters banning weddings with large orchestras and good food, problem was, the gedolim went against their own ban and went to these weddings anyway.

← My Mountain Dew addiction
Not your typical Bais Yaakov girl →

17 comments for “Bans that never made it”