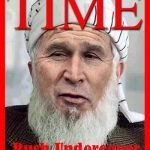 I was in Monsey for simchas torah, and while we were figuring out where to go for hakoafos, my buddy was talking to this guy who suggested he take me to this chassidish place because I need to see it. He said it in the “I’m trying to do kiruv” way, emphasizing the need, and saying that it would blow me away.

That is when I realized that this time around, my long hair may be very beneficial in some ways. For me its beneficial because my lady friend likes it a lot, other lady admirers also like it a lot and it keeps normal girls at bay. It also feels good to head bang, run my fingers through my hair as if I were in some scene out of a hallmark romance novel and I get to have conversations with my father that don’t revolve around me finding a wife or getting a normal job – now he can also tell me to get a haircut.

For the first time in my life people think I’m a baal teshuva, the last time my hair was this long was when I was 23, I looked younger than that and since I lived in Rochester, people assumed I was leading the kids at risk movement which was centered in places like Rochester at the time. Rudinsky was already a good school, Adelphia was defunct, Hamilton was on its way out and McKeesport sent all its guys to Rochester – we were the center of it all, so it was assumed I must have been part of the off the derech scene, which I was not.

Fast forward 5 years, and now that I look older, people actually think I am becoming frum. Why else would this beanie wearing hippie with tzitzis hanging out be at our black hat shul? Why else would he be looking around in wonder? This is one of the best things that could happen, because it makes people so friendly.

I always thought that frum shuls were so unfriendly, and wondered to myself how BT’s must feel. Here I was with a colored shirt and a suede yarmulke and everyone was being so unfriendly, downright rude really – with their stares and whisperings. Flip forward to me the BT look alike, long hair, huge yarmulke untucked shirt and sandals and they seemed to transform into something else and I was happy.

I was happy for two reasons, for once I could feel at home, like people wanted me there, such a good feeling. Also, I now realized why BT’s were so into becoming frum, its because they were treated so well, it was so welcoming – that is until I said my name.

Having a name like Heshy Fried and being an undercover FFB doesn’t work. Every time I say my name to someone who only came up to me to practice his kiruv moves, I can see the disappointment on their face, its as if I slapped them, I can hear the “wait you’re an FFB” in the back of their minds, and then they snap back into New York mode in which they need to find out as much as they could about you and your family in 15 seconds.

So now of course, I could use my English name, I have two of them and they are very secular. My brothers name is Charles Andrew, you can only imagine what mine is, but that would be a little too deceitful for me. I have always thought about being an undercover FFB, it seems like a lot of fun. I did go to the Sunday discovery session at Aish in Jerusalem once, but that was for the schnitzel lunch. It was so boring, I don’t know if I could be an undercover FFB, my true colors would shine immediately, mostly because BT’s are so interested in the brainwashing indoctrination sessions that Kiruv organizations design so they could meet their quota of kids they send to yeshiva.

It probably wouldn’t work either way because too many people recognize me, I am sure kiruv professionals (I really hate that term) hate me because I like to tell the truth about the horrors that await the newly minted BT, but even more then that I make fun of the kiruv organizations themselves, what would they do if they found out there was an FFB amongst them trying to investigate what actually goes on during the indoctrination sessions. Aren’t you curious how Chris, can switch to Chaim and within three months of conversion be wearing a black hat and have a wife named shaindy – I’m curious.

← Letter to the editor: Wife Swapping in the frum community
Fight takes place in shul over Makom Kavua →