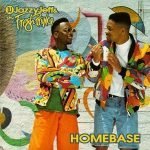 For some time it has been known that anyone caught wearing a colored shirt in religious communities around the world was likely to be ostracized by the community. Shidduchim, schooling, seminary, even real estate value can all be affected by shirt color. In many communities children as young as 5 have been kicked out of school for having color on their shirts. Shidduchim and marriages have been broken because of old pictures of parents or family wearing colored shirts. A group calling themselves Beged Isha Brigade has begun distributing leaflets containing all of the laws broken when a man wears a colored shirt.

Shragga Feivel Frummervitz the leader of the group has told us that “Rabbis have not exerted enough control over the men in the community when it comes to modesty. Women have been put in their place with laws against wearing red, denim, swinging their arms or leaving their house at night – but men have been free from any such laws and they have become lax in their service to God. We have seen men wearing colored shirts and even polo shirts during the week – thank God we have not degenerated into Sodom like sinning and no one has begun to wear these disgusting colors on shabbos kodesh, but we believe its headed that way.”

These masters of modesty as the Beged Isha Briagde like to call themselves have cited many sources proving that colored shirts are for women only, thereby making them assur for men to wear. Even on Lag Baomer, a traditional time for frum men to become lax in dress in to prepare for the one day sanctioned exercise a year, wearing color is assur. The only day in which the white shirts can be changed for women’s clothing is Purim, in which men and women are allowed to dress differently, then their maker had decided.

Just look at the Modern Orthodox, as they call themselves – Shragga Feivel says in disgust, they have degenerated so low, first it was Israel and low mechitzas and now they are practically cross dressing. If there was a bais din, we would seek the death penalty for such behavior.

Although there have been murmurs of opposing sides, the Shadchanim agree with this White Shirt Posse and have made it very clear that those who publicly oppose the Beged Isha Brigade will not get shidduchim for their children.

Rabbi Yehoshua Freedman who publicly opposes the group doesn’t seem too happy, he told us that people have been controlled by the lack of good shidduchim for years and this will only make things worse.

When we tried to ask the Rav what exactly a good shidduch was, he said he couldn’t actually say. He mumbled something about midos and family, and then turned his attention to the pile of burning blue shirts and protestors.