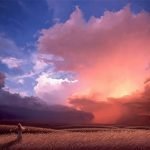 Y0u Jew Sure Do Talk Phunni! by Alan Busch

I guess the current politically correct usage would call this a “rant”, but there are a few things some of us say in the observant community with such frequency that you just “wanna” strangle somebody while shouting at the top of your lungs:

Okay let’s start from the top. Without question of the three expressions I’m going to discuss, regrettably the most abused, and I say “ regrettably” because it is easily the most important two word expression I can think of is … come on! You know which one it is! You abuse it too, don’t you? Uh huh! Thought so! Yep, it is …

It means simply yet profoundly “Blessed is The Name.” and we all know whose name we mean! It’s the unutterable name, the ineffable name! No matter that we no longer know how it might have sounded in the days of the first Beis Ha Mikdash! Even if we knew how to say it, we couldn’t. So, what do we do? We go overboard in its quasi-enunciation! Here’s what one commentator said:

“Baruch Ha Shem! Baruch Ha Shem! colloquially meaning “Thank God!” but which can mean anything from “Great!” to “Don’t even ask. My enemies should have my troubles!” Often, upon hearing a dubious sounding Baruch HaShem, the questioner will respond with, “Gee, what’s wrong?”

Surely you have heard the adage about the dangers of too much of a good thing? You know like eating chocolate and chopped liver everyday. I might even propose that the use of “BH”, like chopped liver, be restricted to Shabbat exclusively! I’ll tell you why … because after too many “B’H(s), they start to sound routine, rote, mechanical and, arguably worst of all … insincere. After all, if you are going to say “May God’s name be blessed!” the very least one should do is to be sincere about it and not spout it out in hope that pitiably gullible folks might think you a tzadik.

“Oy! Such a tzadik. Answers “Baruch Ha Shem!” to everything! Now, mind you there is another question here. From whose mouth is the “Baruch Ha Shem” coming?” If from someone who is genuinely shomer mitzvos and has a goodly amount of yiras shamayim, well that’s one thing altogether. On the other hand, if it comes from an insincere mouth, well … you know who that is, and if you don’t, pay attention next time you’re in shul.

Lend an ear. I’m sure you have heard these or something similar:

A quick suggestion … try saving your next “Baruch Ha Shem” for the next time you receive good news, like when you have become an uncle/aunt for the first time or if and when a close friend walks away from a traffic accident completely unscathed. You just may be pleasantly surprised! 🙂

Okay. Moving on. What is it with the use of the preposition “by” in place of “with”? I mean what is
going on there? Witness:

1. “Would you like fries By your hot dog?” (Picture fries lined up parallel to a hot dog.)

2. “Dear, please take the baby BY YOU to the bowling alley. I wanna get my hair done.”

A few more thoughts about “by me” as in: “He stayed BY ME.” … which implies that he was “at your side”, “alongside of you” which he probably was not. Now see what happens when we switch “by me” to “me by” and change the verb from “stayed” to “passed”: “He passed me by.” … which is to say that he neither stayed with you or by you for that matter.

Lastly, just a few remarks about “Be well!”

Now I do like this one very much. Has a nice and caring ring about it. Obviously it is very different from “Get well” (soon)!” which implies that the person whom we are addressing is ill to whom we should wish a “refuah shlema”. If we say “Be good!” we imply the other is prone to mischief and that he needs be mindful of his ways lest it happen that we have to say “Get well!” the next time we speak to that person.

There you have it. I’ve said my two cents worth.

43 comments for “The most abused expressions by frummies: “By”, “Baruch HaShem” and “Be Well””