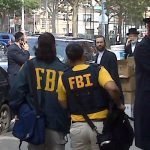 Dear people of Boro Park – sent to me via email

I’ll admit, growing up in a modern orthodox community, I’ve always thought of myself as a better than you, mostly because I felt that you looked down upon me and my community. I would never have voiced this opinion though, because that would have made me look bad. Perhaps my dislike and on some levels, anger, towards you has to do with my own insecurities.

I went to a Bais Yaacov high school and always felt that there was some level of relgious distinction between me and most of the other girls, even though we all wore the same uniform and there was really no outward difference, but as in all cultures, its still pretty easy to catch someone who isn’t a ‘native’. But this summer I visited the kollel supermarket in your neighborhood. I was in a mixed crowd, and although the girls were dressed modestly and the guys wore kippas and tzitzis, we clearly stuck out. But the most incredible thing happened as we wandered up and down the aisles of your supermarket.

Nobody bothered us. No one stared, no one chided us for being a mixed crowd, no one gasped at the denim and colors that we wore. You essentially ignored us. And for that I must thank you, because you’ve taught me a valuable lesson.Because I know had I met any of you in my supermarket, I would have most definitely stared. I would’ve whispered about your sheitels and hat combination’s, at your shoes, at your brigade of children. And for this I am so terribly embarassed. I’m embarrassed that I haven’t treated you as I should, as my fellow Jews, as what you truly are beneath the style of dress you chose.

As a holy spark of the divine. As a neshama. I’m sorry. Without having met any of you, I’ve judged all of you, while none of you have judged me. It’s attitudes like mine that keep Jews from acting as the one united nation that we are meant to be. So next time on the street when you’re men avoid my gaze and my style of dress clashes with yours, I’ll smile, and remember that you had the decency to not judge me, and I will try to do the same for you.

← Do you find this Frumster ad offensive?
Yeshiva Memories: The dorm councilors →