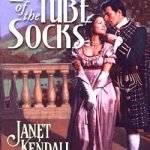 The first day of yeshiva was devoted to the general assembly in which we all sat down and learned what rules the yeshiva had instituted to make our lives as miserable as possible. These ranged from checking with the dorm councilor before you could take a piss to why the yeshiva was legally allowed to open your mail (federal offense) and publicly embarrass you (biblical offense) in order to check if the letter you received (this was before email) was indeed from a relative and not that cuttie from Kiamesha Lanes that you promised you would stay in touch with.

Pretty much every rule made in my yeshiva was against having fun or made to prevent us from masturbating, which could be fun, if it wasn’t your 5th time that day – I could never figure out the joy in literally beating your meat 5 times a day was, but my guess is that it was some sort of “I can jerk off more than you” man pride contest which I never took part in. One of those rules was centered around the types of books you could have, Hallmark romance novels bad, Stephen King good, most of the time. It got interesting when it came time to check which books were kosher and which were assur.

Federal crimes aside, you can obviously see that they were strict, which was shocking because when they told us we could take out books from the library we thought it was a joke, I mean the library had all sorts of scandalous things like seventeen magazine (which many of us would read in the bathroom wink wink) and uncensored tribal photos of large breasts with malnourished children hanging off of them in the latest copy of national geographic. Our magazines were censored by the secretary who would cut out any items which could be masturbated to (we used JC Penny underwear ads – so nothing was off limits) this censorship was way before the Patriot Act was foolishly passed.

Books were that one holy grail item, we could read in peace knowing that we conducted the Rabbi prescribed test to see if the book was kosher. The Rabbi explained that any book could be opened to a random page and if that page contained a sex scene, it was obviously assur (not allowed) the logic seemed believable considering the fact a bunch of 14-16 year olds were likely to read those scenes of Ayn Rand violent sex scenes over and over again, but not until recently did I realize how flawed this test was.

Not everyone reading these books was a sex stared, hormones flaring 14 year old yeshiva boy in a single sex dorm. Would a 40 year old married woman stop constantly and go back to the steamy hot sex scene on page 357? Probably not…

Besides this, how on earth could this test be done correctly on a softcover book? There was no way the page would be random, it just seemed like it depended on your hand size whereas it may have been possible for a hardcover book to be tested in this manner – other books it was simply impossible.

The logic of the Rabbis never did make sense, but it amazes me how long it took me figure out the logic was so profoundly flawed, I know it was screwed up, but I thought it was such a good idea at the time.

← Schwartzie Visits the Upper West Side
What do frum lingerie stores sell? →

25 comments for “Yeshiva Memories: How to check a book to see if its kosher?”