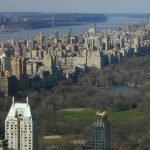 I don’t do well on the Upper West Side. Now, I know what you’re thinking- you’re asking yourself how it could be possible that a man like me isn’t the toast of the town over there in the epicenter of the Jewish singles scene. In fact, I spent the entire Simchas Torah asking myself the same thing. Let me tell you right now- I thought I had this thing in the bag. I’ll sum up for you my calculations: we’ve got these guys over there on the Upper West Side. They are arrogant and obedient, sheltered and cocksure. They all wear the same uniform. They’ve been to university but know nothing about the world, although many of them have very good manners. They drink terrible wine.

Then we’ve got me, the challenger, a plucky Midwestern underachiever who is putting himself through college against the odds, well-read and funny, poorly dressed but clean. I kind of figured the girls would like the change of pace. I thought they’d enjoy slumming it for a while.

I was wrong, of course.

The girls ignored me and the guys condescended to me. I couldn’t get my foot in the door. I should have accounted for the fact that these blue bloods wouldn’t be immediately receptive to an asshole like me, an under-dressed yokel with little to no people skills. So I did what any sound-minded individual would do when forced to engage with hundreds of hostile strangers- I got piss drunk. At least now I had the courage to dish it back to these schmucks. Of course, the alcohol helped me take affront at many imagined slights, causing me to lash back at innocent jerks for minor things they didn’t even intend. I met a friend’s sister and followed her for a while as she ignored me and flirted with other guys, commenting loudly to her about what idiots they were.

This was all to my taste. I love feeling wounded and superior. I’m also a real glutton for punishment- there is something masochistic in me that really takes pleasure in being vilified. I’m talking, insult me and I will be genuinely entertained. Let me give you an example. I was being unusually crass with a young lady doctor who seemed to be enjoying it- until a more interesting man came by (read: bigger, with more muscles), and suddenly she pretended to be offended. They both turn on me and say some snide things, so I stick around and act belligerent for a while. Now, to these people’s credit, they do try to reinstate an air of civility, which I roundly reject.

Lady Doctor: Yeah, actually, he does.

Stud: Actually, M___ isn’t a bad person to be compared to, looks-wise.

Me: Oh, you meant looks-wise. I thought you meant personality-wise.

Stud: Oh, no. If I meant personality-wise, M___ would have to really be a giant dick.

At which point I laughed my ass off.

Look, I get it. I sabotage myself. But it’s not like I need the help. From what I have gathered, people are not born on the Upper West Side; they make their way there, from the Tri-State area or from out of town- but what they all have in common is that they are, by Jewish standards, old money. Now, this is a pretty broad generalization, and the definition of “having money” is widely varied. Not everyone is loaded. But a lot of these people are living off of their parents, and almost all of them receive some sort of support from them. They are used to keeping a certain type of company, no matter where they’re from, and they have congealed into a sort of aristocracy. You know, a private club in which the members can instinctively recognize each other without introduction, and can spot an intruder a mile away. That’s the thing about aristocrats. They hate intruders.

Yeah, I’m insecure about money, but I think I’m right. I think there is a definite stress on class status here, and the difference between they and I is clearly visible. I grew up differently from these people, in a small, very yeshivish community. Not Brooklyn yeshivish, but real yeshivish. People all lived in small houses around the one Yeshiva, had big families and piled kids into bedrooms (I roomed with my two brothers growing up). If there were guests, the kids slept on the floor. Some families had money, but you didn’t notice it because they didn’t really act different. The gvir was a very successful man, but he lived like a pauper by New York standards. And that’s classy, in my opinion. The ability to have it but not to flaunt it.

Not that this tendency towards ostentation is relegated to the Jewish community alone- in fact, it is typical of the entire New York elite, who live unaffected by the fact that this is one of the most socioeconomically polarized places in the country, if not the world. Those that aren’t on top want to be on top, pretend to be on top, spend massive chunks of their revenue on cars they can’t afford so that they could fool girls long enough to spread their legs for them. And yeah, “modern orthodox” girls on the Upper West Side screw. That’s reality.

So what the hell am I supposed to do?

“One thing you have going for you,” a girl I know told me, “is that you are masculine. All of these guys up here have very feminine tendencies.” I was surprised. I never thought of myself as particularly masculine, but apparently I am. So there’s that. A minor consolation: at least I come off as being of my own gender. Which is more than those pussies can say.

← Why did Obama win the Nobel Peace Prize?
Yeshiva Memories: How to check a book to see if its kosher? →

38 comments for “Schwartzie Visits the Upper West Side”