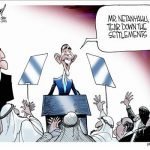 A lot of orthodox Jews are up in arms over Obama winning the Nobel Peace Prize, but I think they have it all wrong. The Nobel Peace prize in my conspiracy related mind is run by a bunch of left wing nuts that deem anything counter culture that pisses off right wingers to be worthy of peace.

Obama hasn’t actually done anything yet, but, still he is so counter traditional US values with ideas of socialism and such that he is a great sage in their eyes. Well he has proposed a bunch of stuff, but has anything changed? He has been in office a negligible amount of time and Bush did screw us for years ahead – but still should he be rewarded such a “prestigious” prize for work that hasn’t been done or carried out yet?

Gore ranted about global warming and won the thing – wait, whatever happened to global warming? Why’s it called climate change now? Seems like some scientists got it all wrong…

Let us not forget that our dear Jew killing friend Yasar Arafet won in 1994 – so even though Obama won the prize does is really count for much?

Damn I sound like such a Republican Chas v’shalom

← Letters to the editor: When did kittels become so gay?
Schwartzie Visits the Upper West Side →

63 comments for “Why did Obama win the Nobel Peace Prize?”